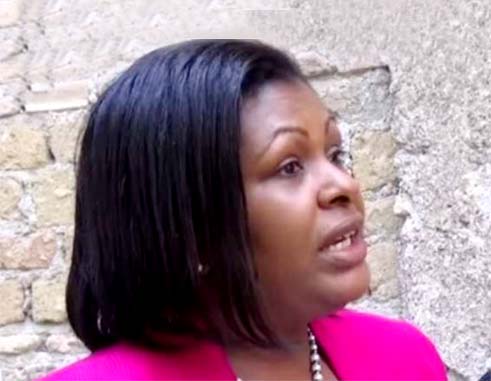 There were several intriguing topics of discussion debated upon during the most recent sitting of the Parliament, perhaps none more intriguing than whether or not a Government Minister has the right to run a private business while in office.

Many believe that a Government Minister being involved in private business, particularly at an ownership level, means there is an automatic conflict of interest — and thus is not a practice that should be pursued or allowed.

However, while listening to Foreign Affairs Minister Sarah Flood Beaubrun defending her right to do so — to the media and to the wider public — it dawned on me how similar this political question is to the controversy that surrounded Donald Trump and the ownership of his businesses, immediately following his election as President of the United States.

It’s a fascinating question: Should a politician, particularly one with ministerial responsibilities and the salaries they yield, be allowed to run or be a part of a private business?

According to the Foreign Affairs Minister, the answer to that question is ‘yes’.

Asked by reporters if she was operating a business inside of the Immigration Office, her response was: “No, I’m not at the moment.”

The “at the moment” part of her response is very key to understanding her belief — that whether or not her business is operating inside or outside of the Immigration Office, it is her right to do so and the operation did not come to a stop because of a legal conflict.

She continued: “In fact, we had an operation there, but it ceased because we are awaiting our stock.”

In other words, according to her explanation, operations stopped, not over a legal issue with her involvement as a government minister, but instead, because of an everyday practical matter that businesses tend to go through.

Mrs Beaubrun further defended her engagement in private business as a minister of government by stating: “I do want to say that even prior to coming into active politics, we had an arrangement where we supplied passport covers and the Immigration Office supported us in doing that.”

The Foreign Affairs Minister was then asked: “Is it not a conflict of interest? You are paid by the government. It’s a private operation inside of the Government Office…”

This, of course, is THE question — and the real bone of contention here — and something for all of us to think about.

THE BIG QUESTION: Would this kind of private business operated by a Government Minister anywhere else in the Caribbean fall under the category of a CONFLICT OF INTEREST?

The Minister’s response was one that had me thinking about what it means to be a citizen and the rights and responsibilities that come with it.

At first, she reiterated that her business had “made arrangements prior” to her election two-and-a-half-years ago and then bluntly stated: “I am a citizen of St. Lucia. I believe that I am entitled to operate an honest business. We are providing employment for young St. Lucians.”

That, essentially, is the crux of the matter.

Legally speaking, as far as the lady minister – who is also a lawyer – explained, Government Ministers are citizens and therefore have a right to be a part of, own and run private businesses. Therefore, any questions following such an engagement would necessarily be hypothetical in nature.

But my question is: Even if politicians and ministers are also citizens and in that sense are entitled legally to engage in and can own private businesses, should they?

Unsurprisingly, in the case of Trump, the mainstream media – which Trump loves to describe as purveyors of fake News — holds that politicians shouldn’t. But in other cases, when the media’s Anti-Trump obsession isn’t a factor, it would be interesting to gauge on what side most would fall on this argument.

The fact is: any minister could use his/her post to gain advantages for their private businesses. That much is obvious. The temptation would be there and, of course, this has actually happened on numerous occasions in the past, in societies of all shapes and sizes.

Conversely, just because Government Ministers and officials have abused their powers for private gain in the past here and elsewhere, that does not necessarily mean that all others would do it. In that sense, should we preclude the fair-minded ones from operating and running their own businesses above board?

I personally believe that government ministers and politicians should be allowed to run private businesses, but that such practises, due to the undoubtedly long laundry list of corruption in such cases, should be heavily monitored so that the laws are not broken and to ensure that no politician or minister could use their position to disadvantage competing businesses or place their own in advantageous positions.

In other words, I believe that just because a Minister is involved in a private business, that doesn’t mean that corruption is automatically present. But then, both sides of the coin matter and both can win the argument.

It all depends on the circumstances – and in that sense, when it comes to getting the truth, the whole truth and nothing but the truth, the press usually finds out that there’s so much that those being pointed at just didn’t tell us at all!