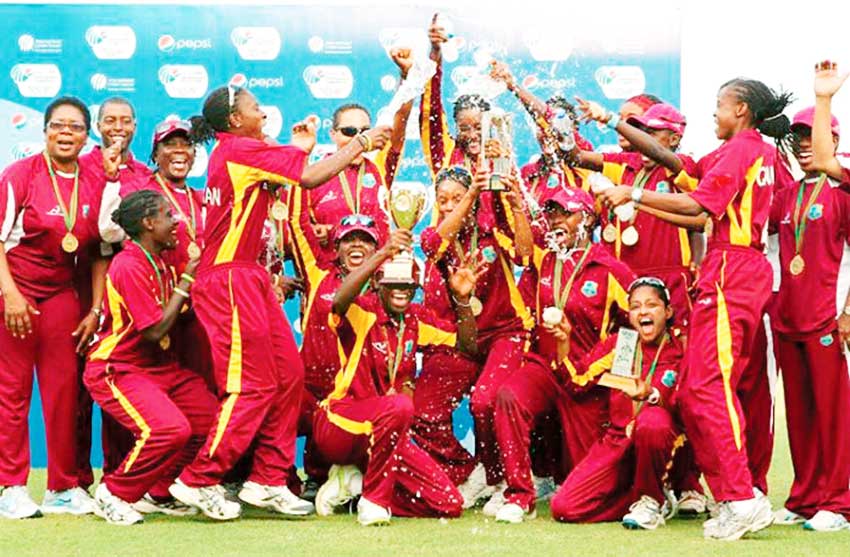 THE picturesque Darren Sammy Cricket Ground in Gros Islet will come alive today for Match Day No.2, Game Four of 2018 ICC Women’s Cricket World Cup, with cricket fans coming in for the showpiece to see England take on Sri Lanka from 4.00 p.m.

The tournament officially bowled off 11.00 a.m. Yesterday (Friday 9th November) at the Guyana National Stadium, with Match No.1, India and New Zealand.

In the second game on the opening day, Australia took on Pakistan at 4.00 p.m. and defending champions West Indies played Bangladesh at 8.00 p.m. to round off the evening under lights.

On Sunday 11th, the GNS will also host matches between arch-rivals India and Pakistan from 11.00 a.m. and Australia against Ireland at 4.00 p.m.

The action returns to the DSCG on Monday 12th, when England plays Bangladesh 4.00 p.m. and Sri Lanka versus South Africa at 8.00p.m.

On Tuesday 13th, Pakistan plays Ireland from 4.00 p.m. and rivals Australia and New Zealand will do battle at 8.00 p.m. at the GNS.

On Wednesday 14th, at the DSCG, defending champions West Indies return to action against South Africa at 8.00 p.m, before which showpiece, Sri Lanka plays Bangladesh at 4.00 p.m.

Defending champions the Windies are in Group A with England, South Africa, Sri Lanka and Qualifier 1 from the Netherlands event, while Australia, India, New Zealand, Pakistan and Qualifier 2 will do battle in Group B.

Each team will play four group matches, with the top two from each group progressing to the semi-finals on Thursday 22nd, ahead of the final on Saturday 24th at the Sir Vivian Richards Cricket Ground in Antigua.

Meanwhile, for the first time in any ICC World Twenty20 event, the Decision Review System (DRS) will be used, ensuring consistency in the use of technology in top world-level events like these.

Defending champions Windies have retained 11 players from the squad that won the 2016 edition of the Women’s World T20. The squad also includes some promising names in Chinelle Henry, Natasha McLean and Chedean Nation apart from the uncapped Sheneta Grimmond who had to withdraw from the squad due to injury. She has been replaced by Saint Lucian fast bowler Qiana Joseph.