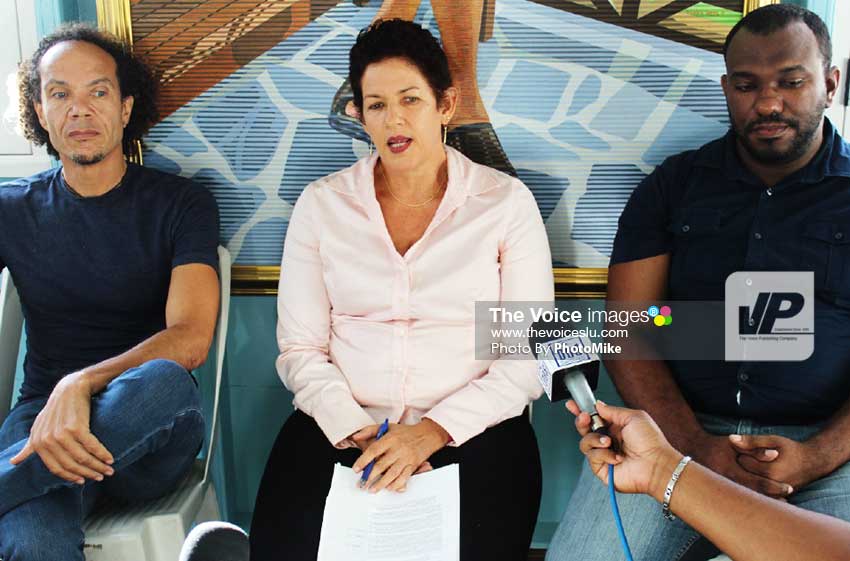 THE Saint Lucia National Trust is speaking out on the agreement it reached with government regarding the demolition of the old Royal Gaol, describing it as a win win situation for both sides.

The Trust last month sought a court injunction to stop the demolition of the old prison, said to be the oldest building in Saint Lucia, on grounds that it is of historic value worthy of preservation, something the government hardly paid attention to as it attempted to clear the site in preparation for the construction of a Hall of Justice.

Chairperson of the Trust, Alison King, said the court mandated the two sides to resume dialogue with a view to resolving their differences, which they did, hence the release Wednesday of a joint statement in which both sides agreed to hold consultations regarding conservation of the two blocks of the old prison left standing when the court injunction kicked-in to stop the demolition works.

King, at a press conference Thursday, was guarded in her response to the question that the government may have come out on top in that scenario affirming that the Trust was pleased at the outcome of discussions it had with the government on the value of the buildings from a historic and heritage perspective.

“We are pleased to be where we are today and hoping that at the end of the design process for that site, everybody will be comfortable with how the site developes,” King said.

She said the Trust was never against the site being developed, but was all for a planned development embracing the old prison buildings.

“So, what we are hoping is that the historic buildings will be integrated into the final designs,” she added.

Sean Compton, Vice Chairperson of the Trust, believes that incorporating the old prison buildings into whatever is planned for the site is something that could easily be done.

An architect by profession Compton said this is done in many countries.

According to him, “There is what is called adaptive reuse, where you take existing structures and refurbish them or incorporate them into the new project.

”It could be built around and within. There are numerous examples in the world. We do think there is a possibility of reusing this building into the project without detriment or loss to the structure,” he said.

Compton said the Trust is not opposed to the development of the site, that what it is doing is “trying to preserve our structures in order that we may know our history.”

The Trust and government will have to decide on what to do with what used to be a cemetery at the site, the place where prisoners were buried long ago.

King admits that discussions have not yet been held with the government regarding the burial patch however the Trust was being asked to make recommendations in relation to what it thinks should happen on the site.

“We will meet with the government designers to discuss some of our recommendations and hopefully they will give us some feedback as to how they see those recommendations being incorporated into their final plans.