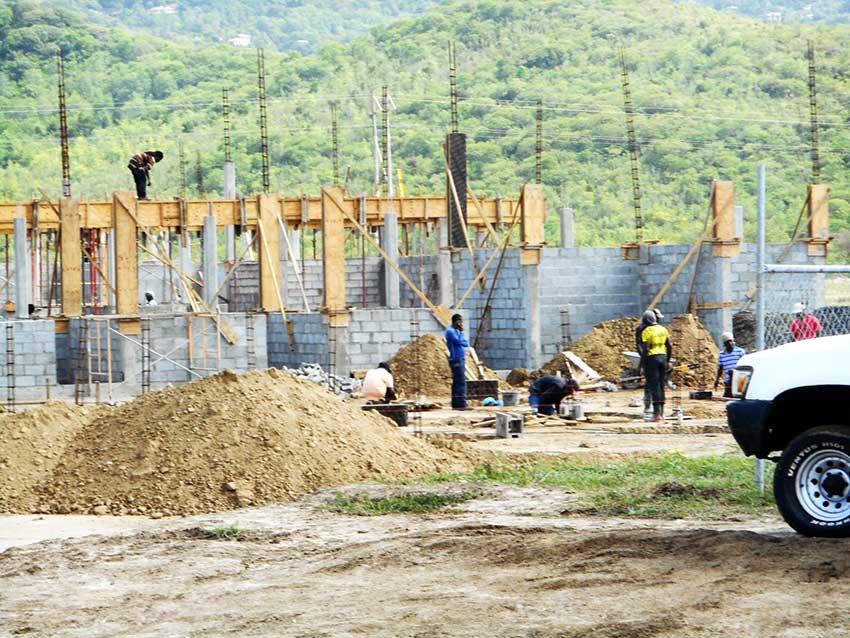 PRESS RELEASE – THE Saint Lucia National Trust (SLNT) has declared that the organisation is not anti-development but wants development here to take place in a sustainable manner.

The SLNT’s Communications and Advocacy Officer, Karetta Crooks-Charles, made the remarks while commenting on the Le Paradis project.

She observed that many persons have been making comparisons between the SLNT’s stand regarding that initiative and the organisation’s position regarding the DSH project and the proposed Dolphin Park.

“We just wanted persons to remember that at the time we were very vocal about the issue,” the SLNT official told reporters.

She recalled that the SLNT had been invited by the Development Control Authority (DCA) to submit an input into the Environmental Impact Assessment.

Crooks-Charles explained that the SLNT expressed its concerns about the white breasted thrasher, the fer de lance and livelihood issues including the sea moss producers who relied on the Praslin Bay.

“It is unfortunate that people are forgetting that the Trust did speak up about this but the fundamental difference is that there was ongoing dialogue between the developer and the Trust regarding Le Paradis,” she explained.

“We shared our input with the DCA and it is for the DCA now to ensure that after they have granted permission, that the concerns of the Trust and other agencies are considered when the project is being rolled out,” the SLNT official said.

Crooks-Charles made it clear that the SLNT is not supporting any political party but supports the conservation of heritage assets.

She said the organisation welcomes the fact that persons are paying attention and asking questions.

“We are not supporting any political party – we just want persons to get the facts, to ask the relevant questions and for there to be discussion and dialogue so that whatever development goes through, we do not lose out in the long run like what happened with Le Paradis because you have the monstrosity of buildings down there and a lot of damage has been done that cannot be reversed. We do not want that to occur,” the SLNT official said.