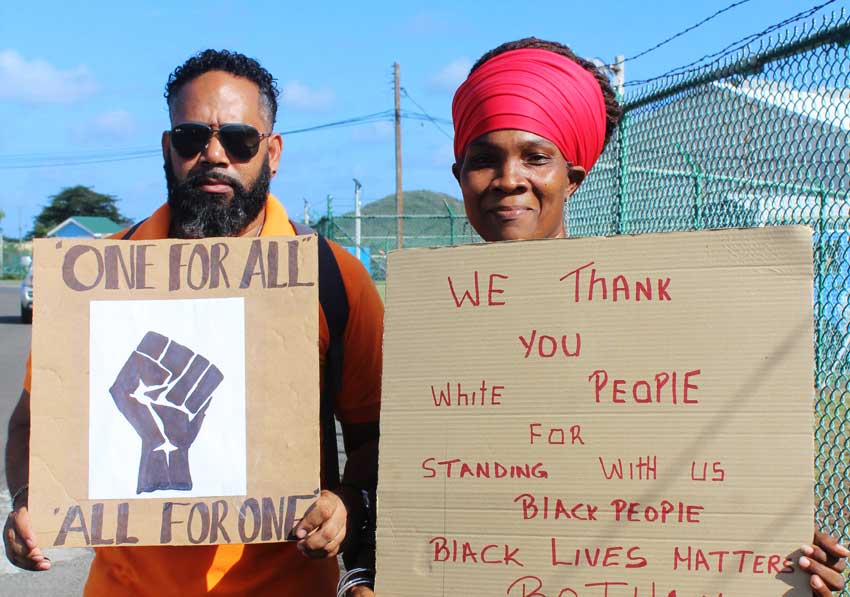 The family of Botham Shem Jean, arrived in St. Lucia on Friday, and was greeted by a chorus of ‘Justice for Botham’ chants and placards emblazoned with the same, from an enthusiastic group of students who attend the Beanfield Comprehensive Secondary School.

About 50 students of all forms, made their presence felt at the airport, accompanied by their teachers.

Annika Joseph, one of their teachers, spoke about how all this came about.

“We were asked to send a group of students to show support and we asked the students who wanted to go, and they all volunteered to go so that they can show support for the family.”

Along the Vieux Fort to La Clery route, Saint Lucians assembled on the road side with placards and clenched fists chanting one chorus, “Justice for Botham”.

The death of Botham has sparked outrage and questions over what happened the night he was killed in his apartment by a Dallas police officer, Amber Guyger, who has since been charged with manslaughter and is now out on bail.