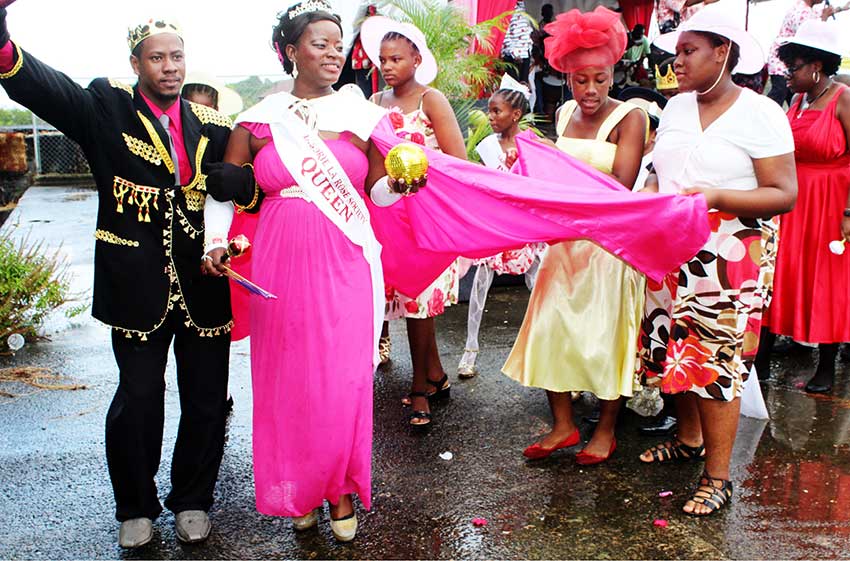 Heavy showers Thursday afternoon in the heart of Mon Repos could not dampen the spirit of La Rose (La Woz). Festival enthusiasts, from 10am made it clear that this particular flower festival will live on – and for a very long time.

Ten groups from around the country kept this year’s festival alive with their dancing, singing and portrayal of the family, various segments of the community, the country and even taking on issues like climate change, for instance.

The group from Laborie even touched on the controversial issue of the absence of a Deputy Speaker for the House of Assembly.

It all started with a church service in the community followed by a parade and performances by the various groups.

There was no stopping the groups, which showed a high level of gusto and zest in their presentations — something the heavy rains and equally strong winds could not diminish at all.

Despite the wetness of their surroundings, the drums kept on beating and rolling, the ‘chak-chak’ kept on shaking and the ‘chantwels’ kept on singing, reluctantly relinquishing the microphones only after their time was up.

As always, La Woz continue to be as attractive and significant to all its followers and its history as party of Saint Lucia’s two flower festivals (La Marguerite on October 17) continues to be worth sharing with the new and future generations of sons and daughters of Saint Lucia.