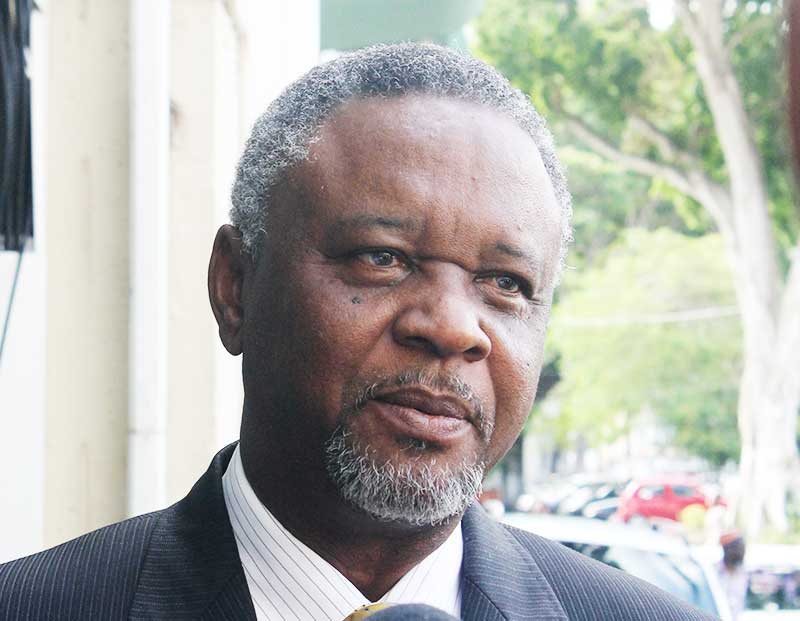 Minister for Home Affairs, Justice and National Security Senator the Honourable Hermangild Francis Commissioner and Police Commissioner Mr. Severin Monchery have expressed condemnation of a video circulating on social media in which Saint Lucia Police are being clearly threatened.

Officials at the helm of law-enforcement have formed a united front along with the Police Welfare Association (PWA) to strongly denounce recent threats made concerning the Police.

In relation to this incident the Commissioner of Police has made a strong public statement indicating that threats to law enforcement officers will not be tolerated from no one and at no time.

The individual making the threats appears to be in the background to where two police officers were positioned at the time. The individual boldly shows off a firearm to accentuate the threats being made and chambers a round of ammunition.

Minister Francis who is currently out of island attending the First China- Caribbean Anti- Corruption Law Enforcement Cooperation Conference in St. George’s, Grenada, along with the Commissioner of Police Mr. Severin Monchery and the Parliamentary Commissioner Mrs. Rosemary Husbands– Mathurin communicated his concern about the illegal possession of firearms by perpetrators in the community.

The Minister has also reached out to the Police Welfare Association describing the incident as “disrespectful to police officers.” Mr. Francis in a special message to Police in the wake of this video has encouraged them to “remain resolute in the fight against crime and to safely execute their duties.”

Commissioner of Police Mr. Severin Monchery has stated that this matter is being investigated expeditiously and the individual concerned will be held accountable for his infractions against the law.