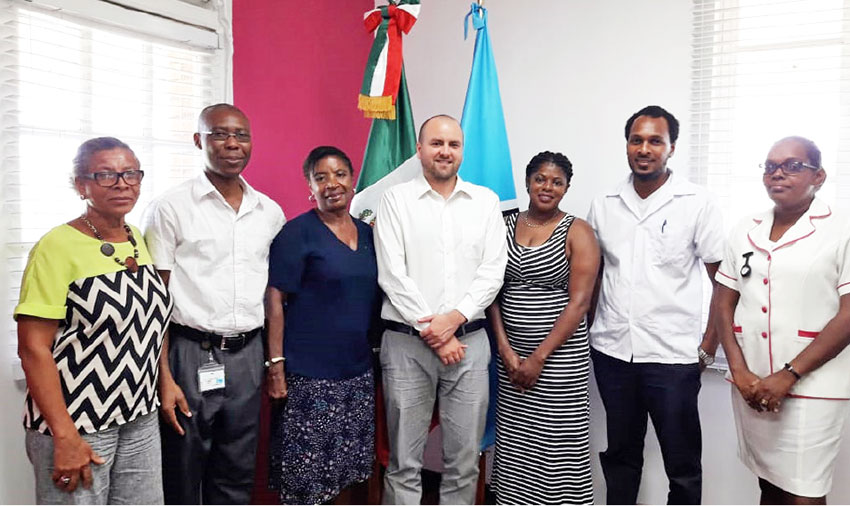 THE National Workers Union (NWU) will be creating history by being the first trade union from St. Lucia to be hosted by the Mexican government when its delegation arrives in Mexico City on Monday.

“This is our first cooperation project directly with a trade union from St. Lucia. It is worth noting that it is derived from a petition supported by the Government of St. Lucia, particularly the Ministry of Health,” said Mexico’s Ambassador to St. Lucia Esparza Vargas when contacted yesterday.

In explaining how his government felt about the trip the ambassador said that Mexico is part of the Caribbean and as such is intricately interested and engaged in the development of the region.

“In particular, we consider development cooperation as a fundamental element in the efforts to promote integration, resiliency and sustainability in the Caribbean. We strive to share our comparative advantages in the most comprehensive manner possible, collaborating in infrastructure, disaster risk management, agriculture, heritage preservation and education amongst others,” Ambassador Vargas said.

According to him evidence of this include numerous notable infrastructure projects that Mexico has undertaken to assist the countries of the Eastern Caribbean to improve the lives of their people, including the construction of a water treatment system in Dennery, St. Lucia; the Parliament of Grenada; the construction of four bridges and an embankment in St. Vincent and the Grenadines, and a project to construct a hospital in the community of Marigot in Dominica.

As to whether the Mexican government will continue the trend it started with hosting the NWU delegation the ambassador said that the NWU project is a specific cooperation initiative supported by the Government of St. Lucia in which Mexico decided it could share its expertise and best practices.

“We have been engaging in similar initiatives with civil society organizations, in collaboration with the Government of St. Lucia, for some time now. An example of this is the current development of a cooperation project geared towards providing capacity building to improve heritage driven sustainable development in St. Lucia. We also have a positive work relation with educational institutions such as the Sir Arthur Lewis Community College, which had Mexican professors for the past four years. Additionally, for the past two years, the SLHTA had a Mexican professor,” Ambassador Vargas said.