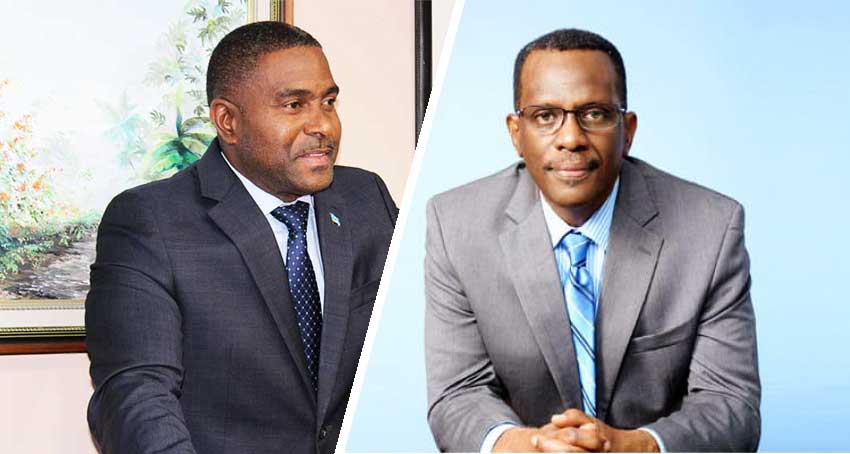 MINISTER Responsible for Finance in the Office of the Prime Minister Ubaldus Raymond says he will not entertain questions posed by Opposition Leader Philip J. Pierre regarding a government’s decision to borrow EC$100 million from the National Insurance Corporation (NIC).

Raymond, who appeared Tuesday on a Radio 100 morning programme to debunk various things said about the loan by the opposition St. Lucia Labour Party and critics of the government, added that Pierre, as Leader of the Opposition, has access to information regarding the very same things he is asking.

The loan taken from the NIC was to settle two bonds of $70 million and $50 million that matured last week and was done, according to Raymond, as a result of a cash flow problem currently being experienced by government.

He, however, said that the loan, taken at one-and-a-half percent interest rate, will be repaid on the 26th of this month.

Government’s inability to settle the bonds at the time of their maturity has fuelled a raging public debate about government’s style of management of the economy and the merits and demerits of the loan from the NIC.

But despite the ongoing debate, Raymond has insisted that the economy is strong and that government is handling its duties to the citizens of this country properly.

“But in this situation,” Raymond said referring to government’s decision to borrow $100 million from the NIC, “if he (Pierre) needs any particular question answered, he can make a call to the Department of Finance, he can talk to the board members of the NIC on any matter concerning the bonds,” Raymond said.

“I will not entertain Pierre in his political games. I will not do it,” Raymond said.

But Pierre’s take on the economy was in contrast to Raymond’s, as explained at a press conference Tuesday and an appearance by him Thursday on the same radio programme Raymond had appeared on.

According to Pierre, the SLP makes “no apology” for requesting answers to questions that concern the taxpayers of Saint Lucia, saying that his party “will always give special attention to the hard earned savings at the NIC of pensioners.”

“We note the arrogant and mudslinging response of Ubaldus Raymond. In his usual style, he attempts to attack and vilify the opposition for asking pertinent questions on behalf of the people of Saint Lucia.

“The Saint Lucia Labour Party will never be silenced with intimidation, threats or vindictiveness of the UWP,” Pierre said who also appeared on the same radio programme as Raymond but on the Thursday.

The questions Pierre said the SLP wants answers to are: “The names of the persons, companies or institutions that purchased bonds in the most recent sale of Saint Lucia government bonds; and whether the St. Lucia National Insurance Corporation purchase additional shares in the latest sale (sale of government bonds), thus increasing the NIC holdings of Saint Lucia Government Bonds.

“We request the Minister of Finance to answer these questions, so that the public of Saint Lucia can have an accurate and truthful picture of the situation regarding the earnings of the pensioners of Saint Lucia,” Pierre said.