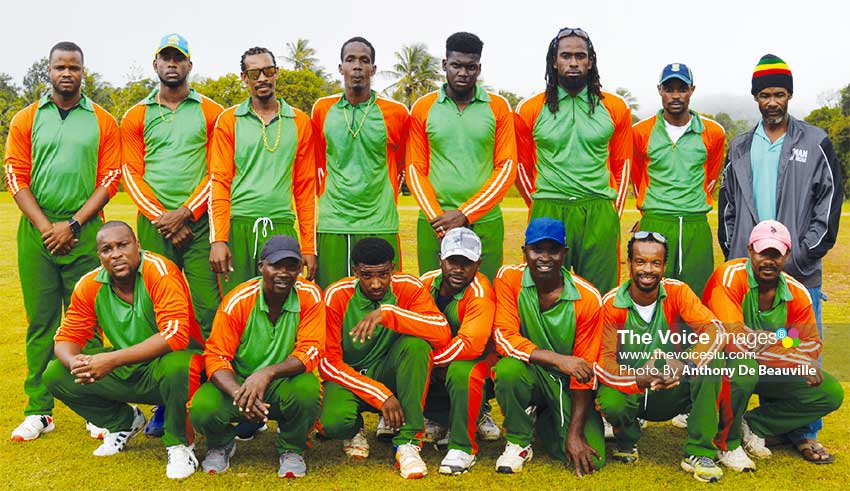 THE Community of Des Barras will come alive from 1.00pm tomorrow for the rescheduled final between Babonneau Under -19 and Touring United in the Ezekiel Joseph Parliamentary Representative T20 cricket tournament.

On Sunday April 22nd a persistent light shower and dense fog resulted in the two umpires having to call off the game with Babonneau U19s on 82 runs for the loss of 1 wicket after 5 overs.

Quane Henry was the batsman out caught Kissenger Anthony on the deep long-on boundary for 26 off the bowling of A. Alexander with the score on 68 after 4.3 overs.

The not out batsmen when play was called off were No.1 Arlene Prospere 37 and No. 3 Johnnel Eugene 14.

Bowling for Touring United, A. Alexander was the wicket taker 1 for 21 from 1 over.

A new toss will be taken for the commencement of play and once the rain and fog stay away it is anticipated that the many cricket fans who journey from near and far will be in for an exciting treat of T20 action as a number of past and present, youth and senior, national players are included in the teams lineup.

Arlene Prospere, Shervon Joseph, Johnnel Eugene, Vidal Crandon, Sanjay Hayle and Wade Clovis are just some of the players the supporters expect to lead the charge for their respective teams.

Meanwhile, in a match reduced to 10 overs per side for the third place playoff between Cacoa and Des Barras the encounter had to be abandoned due to rain and fog after 3.1 overs into Des Barras reply.

Batting first, Cacao scored 157 for the loss of 2 wickets in their allotted 10 overs with Chaz Cepal top scoring with 72 not out that included seven sixes and five fours; Steven Naitram fell two short of what would have been a classy half century and Keygan Arnold went via the run out route for 20.

Chasing 158 for victory Des Barras were 42 for the loss of 2 wickets in 3.1 overs with both openers back in the dug hut; Alex Joseph 19 and Kissinger Anthony 11.

With time running out and the final scheduled for 1.30pm the umpires and the organizers decided to abandon the match. A no result game.