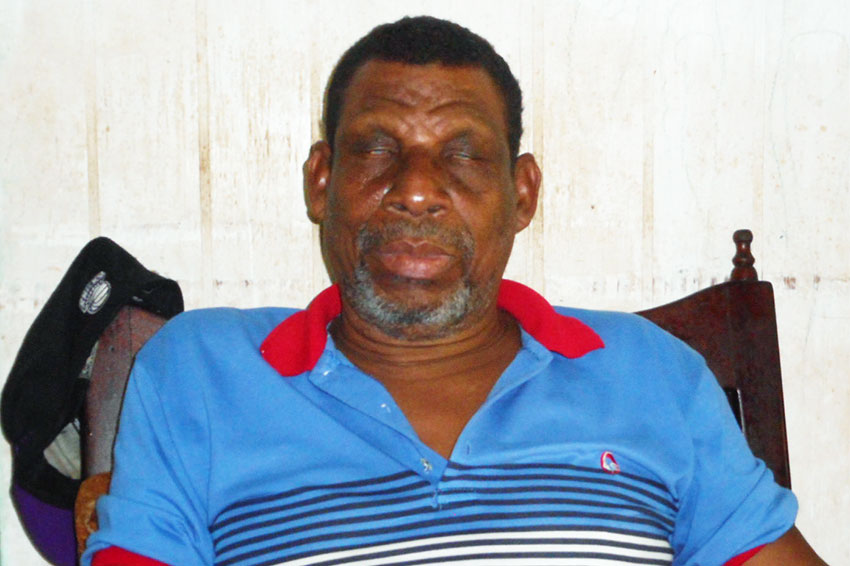 AFTER a few days of frantic search for a missing man of Laborie, he was finally found wandering in another community.

Marvin Charles, 63, a church bell ringer of the Laborie Catholic Church was found on a farm in Grace, Vieux Fort by two men of the area, two days after he was reported missing.

After giving him something to eat and allowing him some time to relax, the men took him to the Laborie Police Station.

Charles left his home about 10:00a.m. on March 9 for Banse, quarter of Laborie, to gather incense for the Laborie Catholic Church, but did not return as expected. His non-appearance led to his family making a report to the Laborie Police Station the following day.

In recounting his harrowing experience to this reporter, Charles gave a disjointed account of the incident.

Charles, who had spent a few days at the St. Jude Hospital under observation, said he believed he got lost through an evil spirit that threw him in a river, during which time he never saw or heard anyone.

When asked how he knew it was an evil spirit that caused him to get lost, he said it was because of how he felt, adding that once anyone gets lost in the forest, it has to do with an evil spirit.

According to Charles, upon realizing that he was lost, he took off all his clothes to avoid being harmed by the evil spirit.

“It was the first time I go there, but I know the area…,” Charles said.

According to him, he walked day and night until he was seen by two Rastafarians who came to his rescue.

“Had it not been for them, maybe I would not have been here today,” Charles said.

He said during his ordeal he only drank water.

His safe recovery brought screams of joy in his community, where he was described as a friendly and well-loved person.

“It was like a big celebration in Laborie. Everybody was happy,” said Errol George, a resident.

When the news broke out that Charles was reported missing, several search parties in the community — which included police officers attached to the Laborie Police Station — combed the forest in Laborie and nearby communities in a desperate attempt to find Charles.

They climbed hills and traversed ravines, but to no avail. By this time, his family had become deeply worried and was praying for his safe return. Some were hoping for the best, but preparing for the worst.

According to Joan William, a relative of Charles, during the search she became overwhelmed with sorrow and broke-down in tears.

“I was crying and said to myself: everything done,” William said.

She said now that her relative was found and is safe, she is overjoyed and can now have a good night’s rest.

“Now I am happy… and could sleep well,” she said.