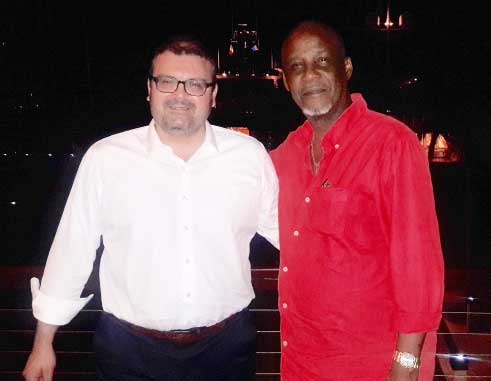 PRESS RELEASE – MAYOR of Naxos, Mr. Ioannis Margaritis, who paid a private visit to the island over the weekend, had dinner with the Mayor of Castries, His Worship Peterson D. Francis on the evening of Friday March 9. Mr. IoannisMargaritis is also the Vice Governor of the South Aegean Region in Greece and the Dinner was hosted at the Grill Restaurant at the Capella Marigot Bay Resort and Marina. Over dinner, the two mayors compared each other’s city’s management style and looked at cooperation prospects in various fields and several other related topics. The dinner was also attended by Capella’s General Manager Mr. Daniel Canas and Office of the Mayor’s Communications Manager Jason Hullingseed.