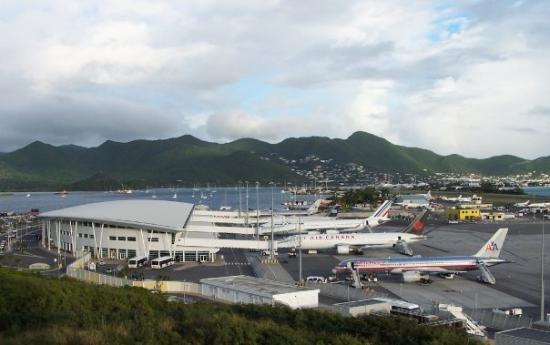 NEARLY six months after parts of the Caribbean were ravaged by Hurricanes Irma and Maria, the situation remains far from normal. Or perhaps it should simply be accepted that there is a new normal in place. And that’s not a particularly good thing.

St. Maarten’s Princess Juliana International Airport was trashed by the storm. The main terminal building is no longer a viable operation. PJIA recently opened a temporary “pavillion” to handle passengers. That tented facility includes check-in counters and some concessions, major improvements to the prior post-storm work. And unlike the “temporary” facility at Dulles airport, this one truly is intended to serve a short-term role.

The airport faces some $100 million in repair costs, according to its COO, Michel Hyman, and getting those paid could prove interesting. The government-owned facility is insured but some on the island are questioning the remuneration process and just how much of the policy payout will ultimately be reinvested in the facility.

Member of Parliament Perry Geerlings, in particular, is challenging decisions made around the demolition and reconstruction process. In a recent Parliamentary hearing, Geerlings questioned the need for three insurance adjusters to handle the claim. Each will take a significant chunk of the settlement funds as their fee, potentially leaving the government on the hook for funding more of the repair than expected.

Hyman suggests that the demolition and rebuild work could be completed in as little as 9 months. Given the limited progress so far, that seems a terribly optimistic outlook. The airport must also contend with passenger numbers down some 70% year over year on a similar capacity decline. With much of the tourism infrastructure on the island still out of service, those numbers should not come as much of a surprise. Even with the airport rebuilt, those numbers are expected to remain depressed as the other recovery efforts languish.

Just over 100 miles to the west, the St. Croix airport also moves towards recovery, though that work is more focused on the business jet side of the ledger. Bohlke International Airways is the sole service provider at St. Croix’s Henry E. Rohlsen Airport and its facilities were also trashed by the storms. It operates today from another hangar at the field that remained in place after the hurricanes tore through.

By next year, Bohlke hopes to have a new, 20,000 square foot hangar in service. The new facility will allow Bohlke to serve larger aircraft than it could prior to the storm. The company hopes this will give it – and the island of St. Croix – a leg up on the neighbouring competition. The fact that portions of the island are still without power or full tourism facilities suggests that it could be some time before that investment pays off with significant returns.