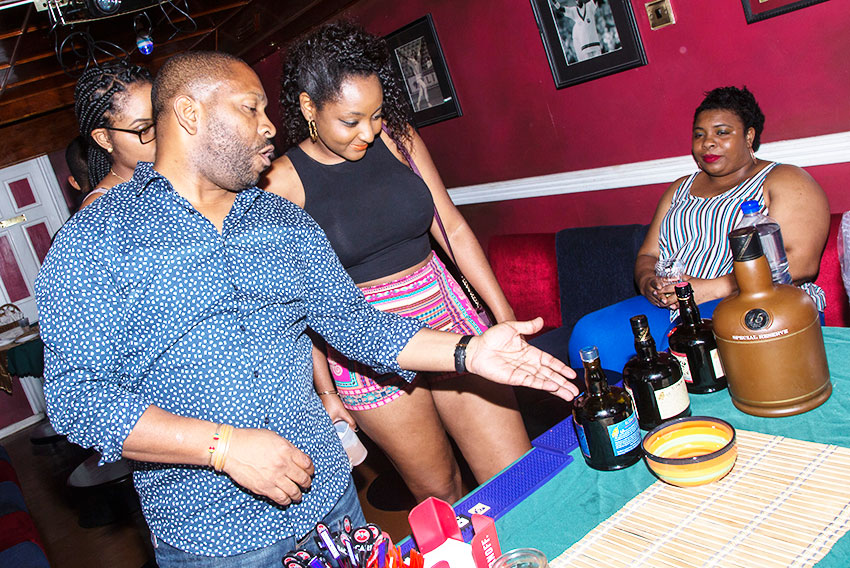 PRESS RELEASE – PETER & Company Distribution celebrated in grand style on Friday, January 26 at Keebees Restaurant and Sports Bar in Rodney Bay. And just what were they celebrating?

Well, on Sunday, January 14, the third and final day of the Saint Lucia Food & Rum Festival, the company received the highest accolade for one of their brands, El Dorado Rum.

El Dorado 12-year-old rum was adjudged the “Best Rum” overall at the inaugural Caribbean Rum Awards, during the festival, according to judges of Caribbean Journal, the media group which established the awards this year. El Dorado 12 came up against fine rums from a number of Caribbean islands and Florida.

“This was a proud moment for us and we wanted to do something very special to show our appreciation for the support that El Dorado has been receiving ever since we introduced it on the market,” Germaine Serieux, Brand Manager for El Dorado at PCD, said. “So we decided to put on this grand event at Keebees, right on the Rodney Bay entertainment strip, to draw attention to this prestigious award and to say thank you to our customers and friends.”

Among the invited guests to the celebration at Keebees were members of the Guyanese community who cheered loudly for El Dorado and PCD, while enjoying great company and the music which aided the night’s celebration.

The festivity involved tastings of the El Dorado 12, as well as special cocktails using the popular El Dorado 5-year-old. El Dorado 21 and El Dorado 25-year-old were also on special offer.

Described as the liquid gold of Guyana, El Dorado Rum offers a range of superb Demerara rums of unequalled quality and variety which have consistently won the highest international awards and known as the World’s Best Rum. Their unique flavour and taste is much due to the tropical climate of the lush country of Guyana, which translates from its Amerindian name, “Land of Many Waters”, and the three centuries of rum production along the banks of the Demerara River.