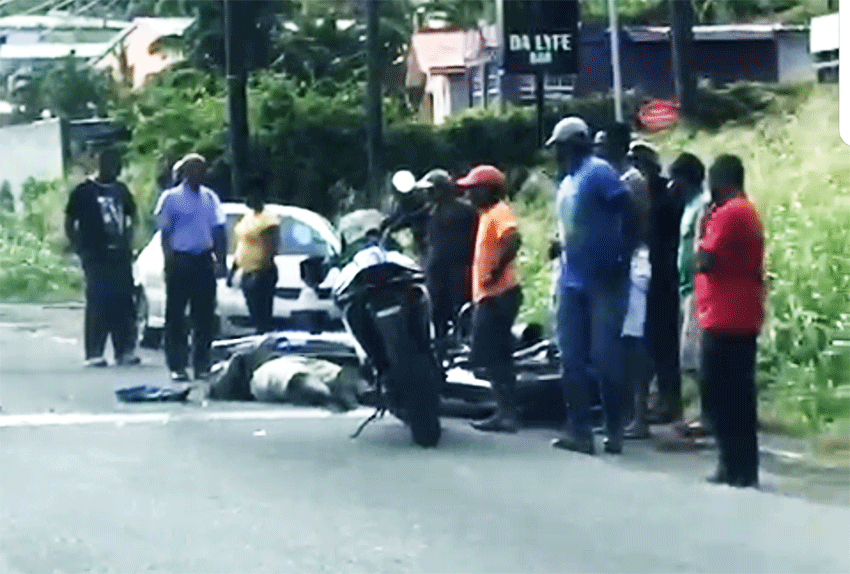 A motorcyclist collided with a pickup truck at an intersection Friday afternoon, sending him to the hospital with non-life threatening injuries according to onlookers.

“The motorcycle rider was thrown from the bike after the collision but his injuries didn’t look significant,” one witness claimed.

According to reports received by The Voice shortly after 3:15 p.m., a man riding a motorcycle was traveling southbound when he collided with a pickup truck that was reportedly making a right turn, north onto the Gros Islet Highway.

In video footage obtained by our news team, the rider laid on the road with remnants of his motor cycle around him and his motor bike on the side walk. The man was seen moving his arm while pedestrians scurried to stabilize what appeared to be his neck.

Traffic moved carefully, but steadily around the scene with occasional backups as officers waved vehicles through.

Official details of the bikers condition will be updated as further details become available.