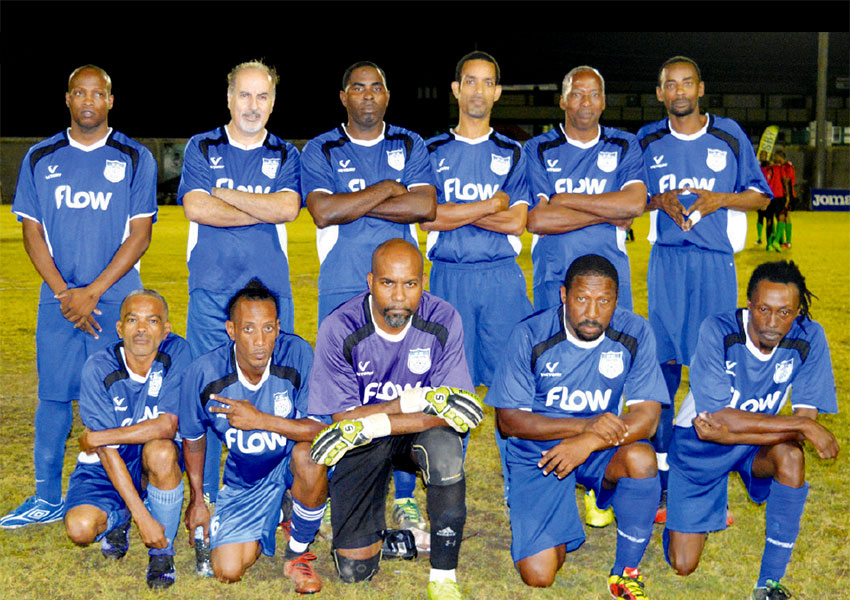 A new champion will be crowned this evening at the Phillip Marcellin Ground in Vieux Fort when the grand finals and third place silverware for the Flow Plate Championships organized by Veterans In Sports Inc. (VISI) and Saint Lucia Football Association (SLFA) take place.

According to the VISI, the gates will be open from 4:30 p.m. while the action on the square will commence from 6:00 p.m. Newcomers Labowi Connexions will clash with Flow Lancers FC from Castries in the third place playoff.

For Flow Lancers FC, there is a strong possibility that their starting eleven will be similar to when they played VSADC in the semifinal round.

At 8:00 p.m., it’s the big one, the much-anticipated finals where a new champion will be crowned. The match will feature two former champions of the main draw, the Caribbean Alliance Gold Cup. Three-time champions VSADC and Caricom Masters will square off in an all-Castries affair.

Several past national players will be in action and, based on last weekend’s performances from both teams, this one is expected to go down deep into injury time. VSADC expects Davidson Belizaire to be back after receiving a red card during the knockout stage, while Caricom Masters should be at full strength after some injury scare for their semifinals matchup last weekend.