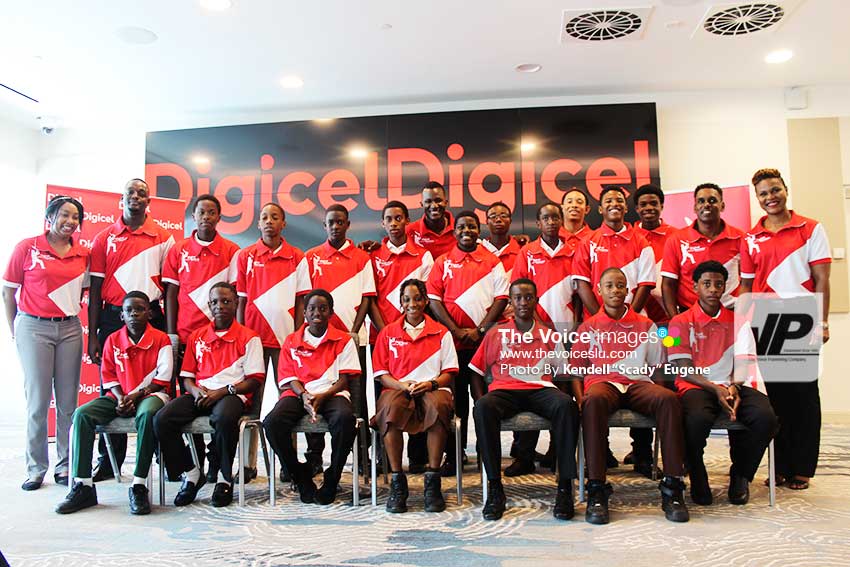 It was a proud day for mobile giants Digicel and world-renowned cricketer Daren Sammy, as the two have once again teamed up and plucked fifteen (fourteen boys and one girl) of the best young talents in cricket on the island to be a part of the inaugural Digicel Daren Sammy Cricket Academy.

According to Sammy, the fifteen youngsters will in April receive training that will further enhance their technical, physical and mental abilities in the game of cricket.

The academy is set to bowl off during the Easter school break and will be under the tutelage of Daren himself as well as veteran and former Windward Island cricket John Eugene and a specially-invited international coach.

Digicel Marketing Executive, Yatsuri Marshall, created much excitement amongst the youngsters when she announced that at the end of the academy, the top five performers will win a full cricket kit.