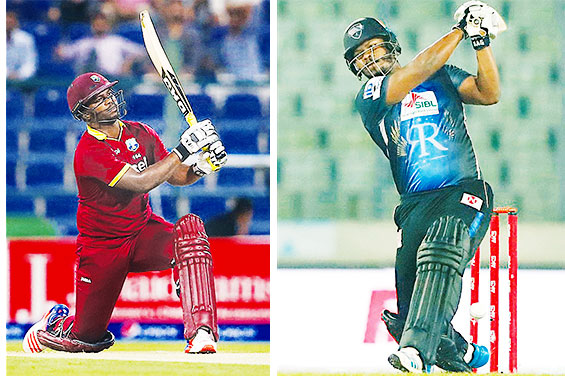 This was the second time for Charles as he fended off any challenge from two-time ICC World T20 champion Daren Sammy and Windward Islands top order batsman Tarryck Gabriel.

The Junior Cricketer of the Year title went to West Indies Under-19 batsman Kimani Melius. He defeated Akeem Auguste, Lee Solomon, and Garvin Serieux Jr. Melius is currently with the West Indies Under-19 squad in New Zealand participating in the ICC World Cup and to date he has scores of 78, 20, 60 and 21 in the tournament. This was his first time winning the prestigious award.

West Indies female player Qiana Joseph, who was a nominee in both categories, breezed past compatriot Nerissa Crafton, who captained the Windward Islands Under-19 team to capture her second SLNCA Junior Cricketer of the Year award. Minutes later, Joseph went on to win the Senior Cricketer of the Year award, ahead of Ashlene Edward and Roylin Cooper.

Patrick Felix was installed as the Association’s second Honorary Member.

The gathering was addressed by former Permanent Secretary in the Department of Youth and Sports and former CEO of the West Indies Cricket Board, Dr. Ernest Hilaire.

Hilaire said, “I look forward to the SLNCA putting in place the programmes that will take the young cricketers like Kimani Melius, Johnnel Eugene, Keegan Arnold, Akeem Auguste and nurture them through the respective age groups to become international cricketers and to make Saint Lucians proud.”

“We have the talent but I believe we are at a historic moment in our country’s sporting development in Saint Lucia where we can take that leap forward and have at least two or three players on the West Indies team. But we need to do it right.”