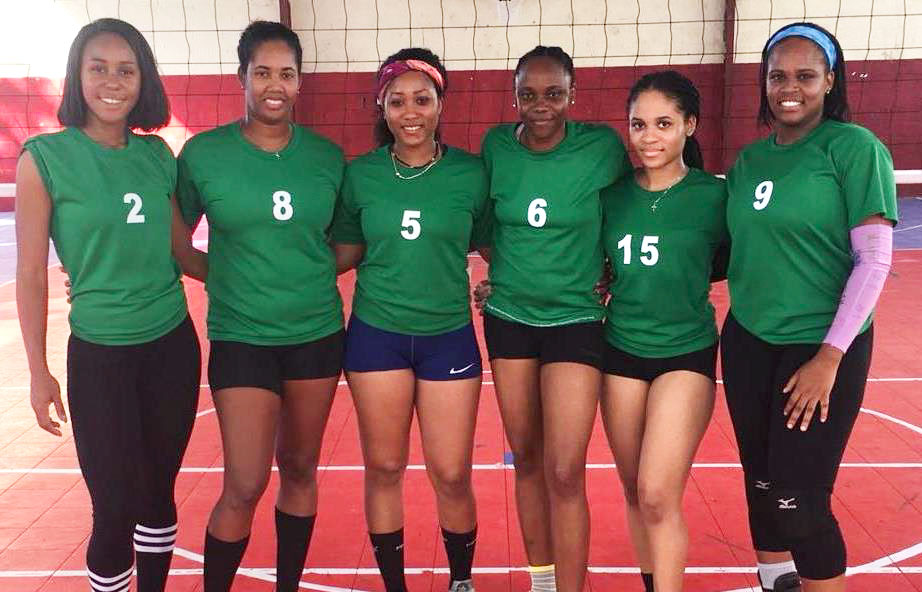 THE hard-hitting spikes and powerful serves continued this past weekend in the 2017- 2018 Bank of Saint Lucia/Guy Brown Volleyball League. Four exciting matches were played at the Vide Boutielle Secondary School Indoor Court and there were victories for Jetsetters’ male and female teams.

In the final game on the evening, Jetsetters Volleyball (male) was made to work hard for their victory and despite losing the first set 15-25, they regrouped and went on to win the remaining sets 25-16, 27-25, 29-27 in an eye-catching encounter.

Meanwhile, South Stars and Phoenix 758 will play their final game this evening from 7:00 p.m. at the Micoud Court.

On Sunday, the last scheduled game of the tournament will take place at Vide Boutielle Secondary School Indoor Court when Dig Set Point will meet Le Club 1 at 5:00 p.m.