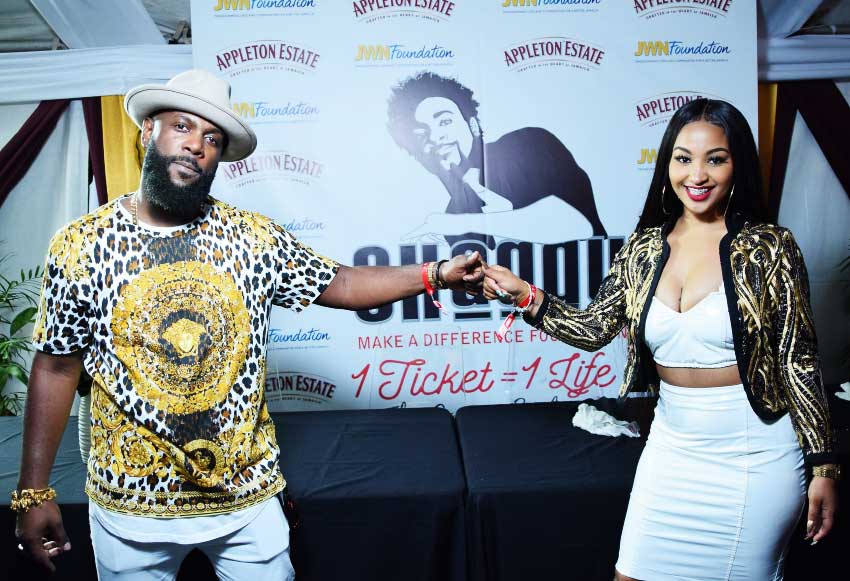 PRESS RELEASE – CAMPARI Brand Influencers Bunji Garlin and Shenseea have collaborated right in time for the peak period of Trinidad & Tobago’s 2018 carnival season with a remix to his 2017 hit single, “Big Bad Soca”.

The VP Records-released remix was produced by Anson Pro, and is the first time that the two artistes have collaborated musically. The female dancehall sensation featured on the track has been making waves in the soca market in recent times since the release of Nailah Blackman’s collaboration “Badishh”, which has raked in over a million views on YouTube.

In continuing her thrust in the marketplace, Shenseea will be in Trinidad & Tobago from February 3 to 14 to participate in a myriad of events during the carnival season, and will be playing mas on the road with Campari in the band Fantasy with Bunji Garlin. After that, she will be heading to St. Vincent & the Grenadines, Grenada, and the Dominican Republic.

The collaboration comes on the heels of both acts participating in the recently-concluded Campari Caribbean’s “Win a Trip to Trini Carnival” campaign, which saw brand consumers winning an all-expenses paid trip to Trinidad to enjoy fetes and Carnival Monday and Tuesday with Tribe Rogue.

“Music is everything to me and I don’t want to be confined to just a dancehall space. I can sing, rap, and deejay, so I’ll continue to put as much of myself into my music as possible. This soca collaboration represents further my musical diversification, as later this year I’ll be debuting a reggae EP,” a proud Shenseea expressed.

Speaking on the remix also was Bunji Garlin, who noted that: “After being named a brand influencer for Campari Caribbean, I really started to think deeply on the current tagline ‘Come Together’, and one of the best ways to do that is through music. The collaboration with Shenseea came about naturally, and I’m so excited for everyone to get to listen to this remix.”

“Big Bad Soca” was one of BunjiGarlin’s most streamed singles for 2017, with over a million views on YouTube, and great performance on Spotify and other platforms.

Campari kicked off its participation in Trinidad Carnival 2018 on January 6 at Tribe Ice. Brand participation is ongoing with three fetes weekly, including Scorch’s and Caesar’s Army’s suite of events, in addition to standouts like Soca Brainwash, Vale Vibe, and others. Campari encourages consumers to drink responsibly, and people under the legal drinking age should not be consuming.