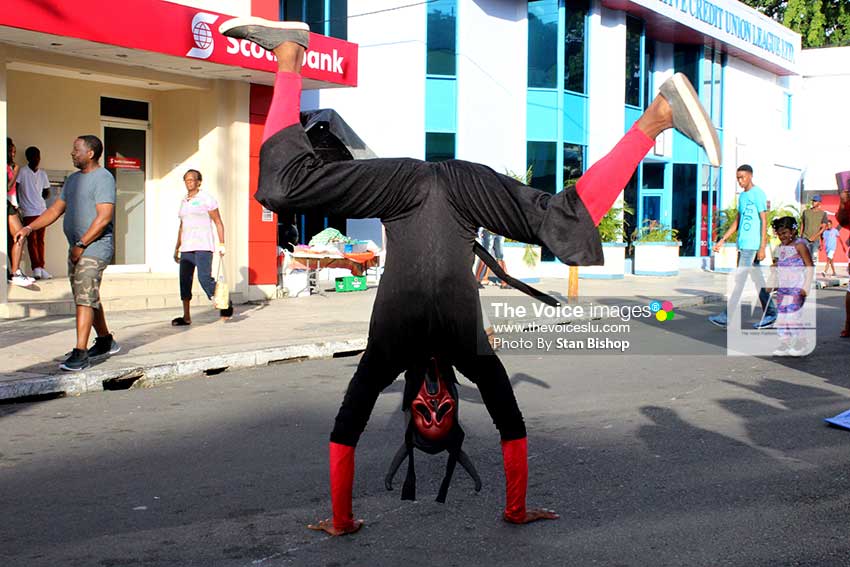 THIS week’s Asou Square festivities in Castries, which began on Monday, was among the main highlights of the new year.

Organized by the Castries Constituency Council (CCC), the traditional main attraction that usually ushers in the new year, began on Sunday evening, pulling large crowds across the three days it was held.

Thousands of patrons who showed up were seen sampling the wares on display, ranging from food and drink, to toys and games, to train rides and other forms of entertainment. The Asou Square venue, which was based at Derek Walcott Square, also spread across to Constitution Park.

In preparation for this year’s hosting of the event, which spans over seven decades, Castries mayor, Peterson Francis, said the CCC was making a valiant effort to reintroduce some level of nostalgia to the event in a bid to make it more attractive.

While the CCC would have made some success in that regard, however, the reviews from patrons have been equivocal. Many say that while the festival had grown in some areas, it had also lost some of its authenticity. Others pointed to the absence of the much-looked-forward-to rollercoaster rides of two decades ago that brought the real thrill of the event’s atmosphere when Asou Square was hosted at Cul de Sac.

Whatever the case, the festivities held up nicely with good weather being on its side and the youngsters especially getting the chance to venture out with their parents for some good family fun while the adults looked forward to the entertainment-packed event, including on the final night, when some of the island’s biggest artistes took the stage.

The VOICE took in some of the highlights from this year’s Asou Square. We hope they bring back some fond memories.