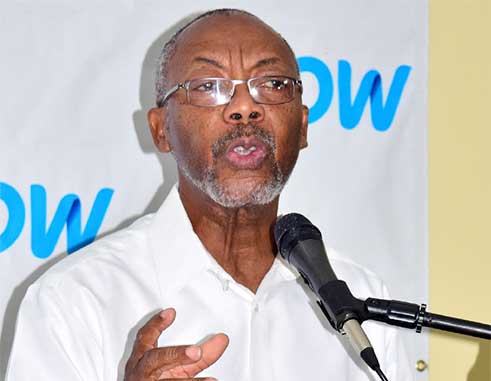 MONSIGNOR Patrick Anthony has opined on the matter of crime, calling it a ticklish subject that is yet to be solvable. However, he believes unity could very well be a start to curbing it.

When the question was posed to the man of the cloth regarding how he thought the growing crime problem could be solved, he responded by calling it a million-dollar question.

Monsignor Anthony said that presently, no one has the answer to the question; otherwise, steps would have been taken towards getting the problem under control. On the other hand, he said if the nation as a whole comes together and uses collective wisdom, this will be a step in the right direction.

He said: “We have to come together as a nation — all different factions and opinions — and bring to bear on that issue in some kind of national symposium style. Talk with the young people, talk with the old people, talk with communities, talk with leaders and see what their thoughts are on what is causing the problem.

On the matter of research, he said this is an incredibly important component: “You have to ask the people and probe the community; look and see what the sources of the problem are so that we can begin to come to some intelligent way of dealing with it.”

So far for the year, the island has recorded 48 homicides.