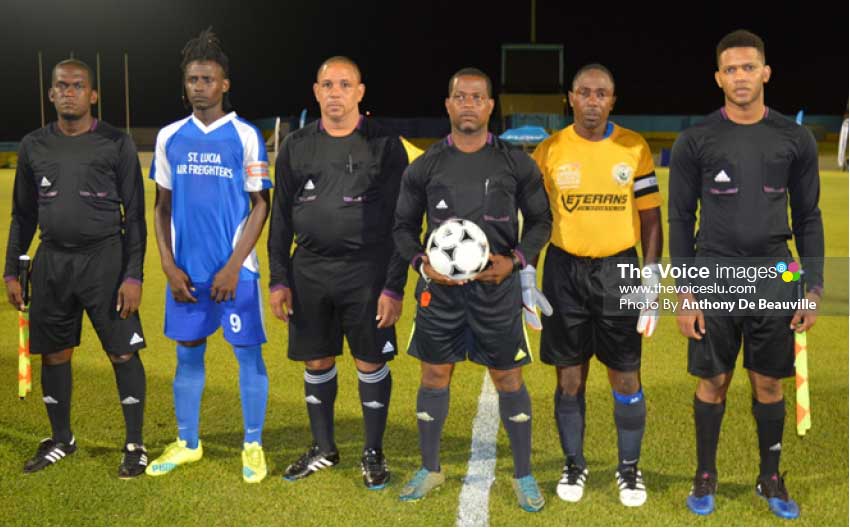 Football fans from all over in some way enjoyed the three-week tournament. Carrying the theme, “Football is Life”, the event was also dubbed “One tournament, 15 games, three venues, one winner, and $30,000 for the champion”.

Good payout, right? But according to the Saint Lucia Football Association (SLFA), the ceiling will remain at $30,000, with $5,000 going towards a youth programme in the community of the winning team.

There are many things to take from the 15th edition of the tournament. Here are some of the moments that will remind us of 2017.

Before the start of this tournament, many people had expected to see an excellent game from Babonneau, a team that has played well in the past. In fact, their final warm-up game before the start of the tournament played in Grace-Vieux Fort was a joy to watch. But their fans were surprised by their costly loss to Marchand 3-2.

Vieux Fort North, La Clery, Soufriere and Dennery fell by the wayside in the first round. Soufriere had the heaviest defeat, losing to Gros Islet 4-0 while VFS edged out VFN 1-0. La Clery and Dennery lost a by similar margin to Anse la Raye and Central Castries respectively.

The losing teams had good games but were unable to impress despite winning many hearts. Their inability to convert chances by producing goals was the main reason for those losses. From my vantage point, they certainly need to work a lot harder in their attack, defense and teamwork to make it possible going forward in events like these. This is not a round robin tournament where you lose one game and come back for another. It’s a version of T20 cricket; you hit the pedal from the first whistle.

On the other side of the coin, impressive Vieux Fort South led the pack from their opening game. With a cadre of young and energetic players marshalled by their captain Jamil Joseph, they came to defend and that they did immaculately.

In the quarterfinal stage, Mabouya Valley went down to Canaries 1-0; Gros Islet squeezed past Central Castries 1-0 under one of the worse playing conditions I have seen in a long time — soggy outfield and one wondered why the referee allowed play to go on or even start with a few lightning strikes around. Marchand had a hard-fought 2-1 win over Micoud while VFS defeated Anse la Raye 1-0.

It was down to the final four and the showpiece headed to Daren Sammy Cricket Ground. In Game 1, Canaries versus Marchand, scores locked at 1-1 after regulation and 30 minutes of extra time. Marchand have themselves to blame for not winning after squandering three easy scoring opportunities. Final score: 6 -5 after penalty kicks in favour of Canaries.

In the second semifinal, defending champions VFS nosed ahead of Gros Islet 2-0.

Final match: The final was exciting to watch as close to 5,000 fans converged at the Daren Sammy Cricket Ground. The top two best teams of the tournament were competing for bragging rights, $30,000 and the FLOW Championship trophy. VFS had confidence and so did Canaries. There were multiple goal-creating opportunities for both teams. For Canaries, David Henry and Dwayne Jn. Baptiste were playing well leading the team. But the evening really belonged to Antonious Myers (50th minute), Antonio Joseph (78th minute) and Noah Nicholas (84th minute) putting the win beyond Canaries’ reach.

Blackheart followers expected popular players to score goals and play well. This edition also saw some new talents. There were some new players rising from this tournament. The main attraction, probably, was VFS striker Antonius Myers and Gros Islet striker Troy Greenidge (who scored a hat trick in the third place match against Marchand). Greenidge is also the lead goal scorer and is the clear winner of Golden Boot Award.

For the future, this tournament saw legacies cemented: Troy Greenidge, Andrus Remy, Antonious Myers, Ijal Augustin, Vino Barcelette, Shaquille Degazon, Quami Jones and Antonio Joseph, just to name a few. But it also helped us realize that certain players (Bradley Tisson, David Henry, Jamil Joseph, Kissinger Anthony, Eric Gabriel, Dwayne Jn. Baptiste) and teams (VFS, Marchand, Central Castries, La Clery, Gros Islet, Micoud and Canaries) will give us plenty to look forward to in years to come. They all helped craft an excellent Blackheart 2017 and they should all be back in 2018.

Regardless of what some may say, the officials more or less held down their end over the 15 games played at the three venues. Grasping offside appeared difficult at times and a camera replay would have had the final say as a few calls got a bit out of hand. But what was interesting this year was there were less red cards handed out; mistakes were limited. The games were rarely decided by the officials, which is always a good thing. There is still a lot of work to be done on the pitch. Oh, I forgot to say, pick the right jockeys for the right races.