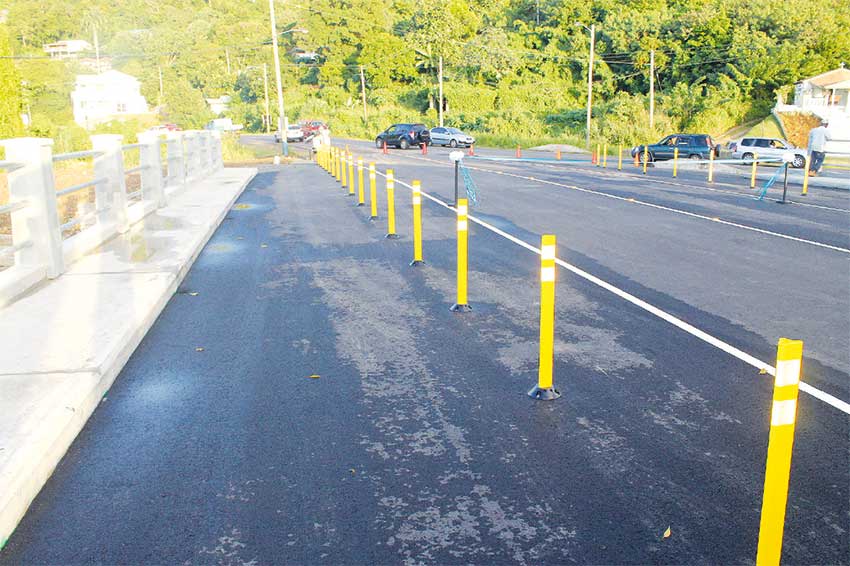 WITH the Royal St. Lucia Police Force recording 10 road fatalities for the year so far, the Traffic Department is calling on authorities to do what is needed to help them tackle the problem.

Inspector in charge at the Traffic Department in Castries, Benson Deterville, is urging lawmakers and respective government departments to pass legislation that would enable that department to utilise the tools — namely breathalysers — to help curb the troublesome issue of drunk driving.

Driving while under the influence (DUI) is one of the department’s biggest issues, according to Inspector Deterville, as it is the assumed cause of the majority of recorded road crashes and collisions. However, there is no way of proving this.

He continued: “What needs to be done is that the relevant authorities need to enact legislation to empower us, especially with regards to instruments that the Traffic Department can utilise for that purpose.”

Deterville said that should legislation be enacted, there would be a great reduction in the assumptions made of drivers driving under the influence and there would instead be actual data and statistics to tackle the problem head-on.

He said there are many other issues plaguing the department as well and that the main reasons behind these issues are driver indiscipline and discourteous driving.

Deterville said there is a real need for re-education of motorists in the form of programmes via the media, focusing on educating the public on the use of the road, driving etiquette, and the enforcing of road markings and signals to ensure that drivers adhere to the rules of the road.

In giving an example of one of the most common areas for crashes and collisions and the reason behind them, Deterville described the behaviour and predicaments of drivers. Referring to the northbound lane approaching Sandals Halcyon, where the road merges into one lane, he said: “Accidents have occurred there because of vehicles travelling on the outer lane closer to the sidewalk. What you find when approaching the area where the white line is no longer visible, (is that) they try to cut across the vehicle which is ahead of them. Now, in many instances, they actually force the drivers who are on the inner lane to either take evasive action or find themselves being forced against the barrier.”

Deterville said failing to observe road signs and markings is another contributing factor to the number of incidents recorded and these, he said, take place mainly on or near roundabouts.

The engineers behind the island’s roundabouts, he said, saw it fit to have markings on the road on approaching the different directions and to have the arrow directions on the road, indicating that vehicles can travel either straight, using both lanes or the vehicle on the inner lane that is closest to the roundabout, can also travel right.