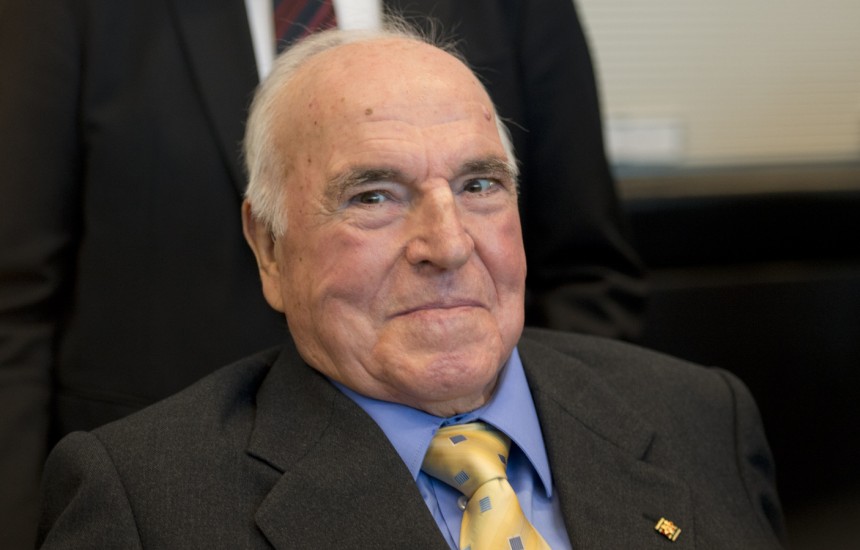 ONE week ago, the Federal Republic of Germany lost one of its most consequential and illustrious post-war leaders. Helmut Kohl, a towering ex-Chancellor who reunified Germany after 45 grueling years of Cold War hostility, will — among other things — be remembered as the man who brought Berlin closer to Europe.

Kohl also forged important friendships with America and France at a time when the Iron Curtain still presented seemingly insurmountable problems to the European political landscape with its ubiquitous political minefields and military watchtowers.

In one of his memoirs, Mr. Kohl quoted Margaret Thatcher (Britain’s ‘Iron Lady’) as saying in the aftermath of the collapse of the Berlin Wall in 1989: “Twice we defeated the Germans! Now they’re back again.”

Now the Germans may be the only hope in saving a disorganized and unstrategic Europe at a time when it needs a great deal of guidance.

With the British Motherland now stumbling into Brexit negotiations, France beset by economic and political weaknesses (particularly its lack of geopolitical vision), Italy facing political storm clouds that are rapidly gathering, the German Fatherland may now be well-positioned to fill the leadership vacuum in Europe and perhaps even serve as the new “leader of the free world”.

The decision by Donald Trump to lay waste the climate agreement and his apparent disdain for NATO and other multinational institutions will certainly help to reignite the debate about “ever closer union” in Europe, thrusting Germany into a regional leadership role it may not be too comfortable with for mostly historical reasons.

With America in global retreat and Britain showing political contempt for the EU, expect more European leaders to look to Germany for the vision that the EU presently lacks. After all, Germany has done pretty well in the sphere of economic and political governance, having become the world’s fourth largest economy and a formidable trade, production and financial powerhouse.

For several years now, the image of German technical excellence has been universally acknowledged (even by the Chinese), ranking first amongst theEuropeans and coming in second only to theUnited States. Above all, political stability and economic discipline have been the hallmarks of German success in an increasingly chaotic and unpredictable world economy. Spiegel magazine has indicated that Germans will this autumn “elect just the leader they need to put Germany in the driver’s seat of a Europe that meets the wishes of Germans and serves the nation’s grand designs.”

In a report a few years back, The Economist wrote: “From the football pitch to politics to the economy, Germany has become Europe’s most powerful country. Described by this newspaper as the sick man of Europe in 1999, Germany now appears to have the continent’s strongest as well as its biggest economy. It accounts for a fifth of the European Union’s output and a quarter of its exports. From Volkswagen to SAP, Germany’s big companies are world-renowned. Many smaller German firms are global champions in niche markets such as tunnel-boring machines and industrial cleaners… As a result, power within Europe has shifted sharply towards Berlin. Mrs. Merkel is widely seen as the continent’s most important politician. In Beijing or Washington, DC, the question: “Where is Europe going?” has become synonymous with: “What do the Germans want?”

The L.A. Times believes “Merkel is the only person left on the international stage equipped to confront the greatest set of challenges facing the West since the Cold War.”

“As the campaign for the September election gets underway,” the newspaper notes, “Germans will have to accept that events beyond their control have created an unwelcome international dimension to their national rite—and that Merkel’s continued leadership is crucial not just to Germany, but to the West. Germans need to get over their aversion to global leadership; their country is not and cannot be a giant Switzerland.”

Yet, despite their country’s size and economic power, Germans resist seeing their prosperous nation — or their Chancellor — as a potential world leader. Although Germany’s foreign minister has disavowed any interest in continental leadership by his country, he recently wrote in Foreign Affairs magazine that “circumstances have forced it into a central role” although “preserving that union and sharing the burden of leadership are Germany’s top priorities.”

For all the reasons explained before, Germany is already the dominant country in Europe and we’ll need to rethink the way it sees itself and the world.

In the decades that followed the end of World War II and the dismantling of the Berlin Wall, German leaders from Konrad Adenauer (who led his country from the ruins of World War II) and Ludwig Erhard (who engineered the Economic Miracle) to Willy Brand (who pioneered Germany’s Ostpolitik) and Helmut Kohl, who propelled a deeply held vision of Europe’s integration.

Due to the constructive co-operation among successive French, German and American leaders, the European Union became an exemplar of successful regionalism and was hailed as the greatest post-war peace project ever pursued.

Besides America, a successful Europe was supposed to be the great political and economic hope for the 21st century, with Britain serving as the bridge between the two continents. In fact, in the 1970s when the abrasive Henry Kissinger (US Secretary of State under Nixon and Ford) asked to be put on the phone with “Europe”, he actually meant No.10 Downing Street. How times have changed?