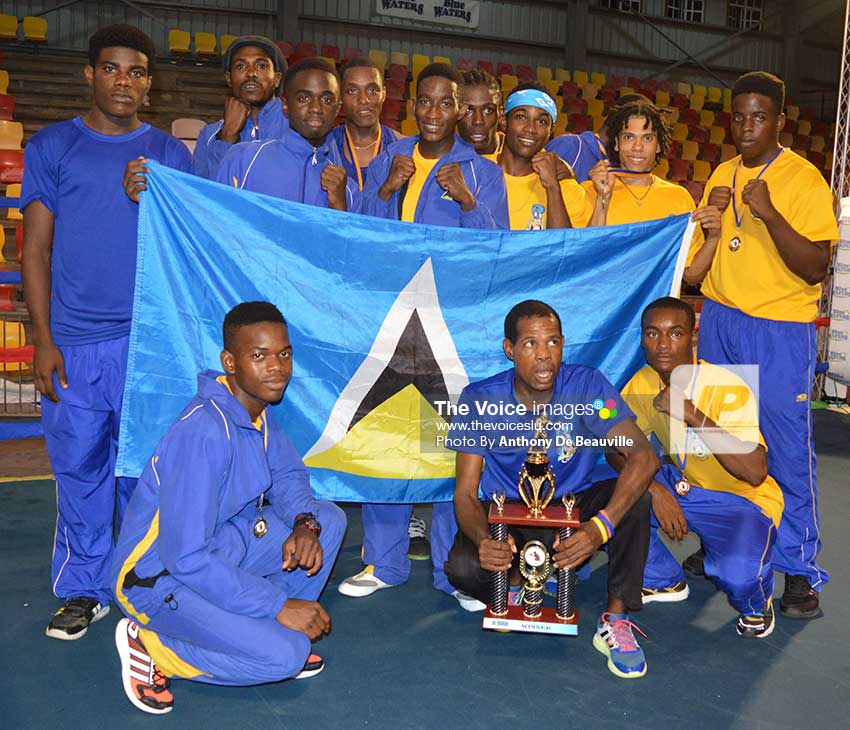 Despite the Vigie Gym undergoing reconstruction, Saint Lucia boxers, under the guidance of Head Coach Conrad Frederick, seem set to regain the championship. But some major setbacks and conditions exist.

Saint Lucia finished second last year but even more interestingly, Team Saint Lucia recently won the Organization of Eastern Caribbean States Boxing Championships at the same venue and is eagerly waiting to do battle against 125 boxers from 11 countries.

At a press conference held on Tuesday morning, Christopher said several Caribbean countries will be participating along with French Territories Guadeloupe, Martinique and French Guiana. There is also the possibility of representation from Haiti.

Christopher is rallying support from Saint Lucian sporting enthusiasts so the local boxers can hoist the championship trophy this year. Support for the boxers was disappointing at the recently-held OECS Championships, but Christopher said the logistics are being put in place to encourage Saint Lucians to come out and support their local boxers.

He said: “I am confident Saint Lucia will do well at this championship despite the fact the boxers are training under less than ideal conditions due to the fact the original boxing gym is currently under construction. But, rain or shine, the boxers have no choice but to continue training in the open at the Vigie Multi-Purpose Sports Complex where they have to compete for valuable space with three other sporting disciplines, namely basketball, netball and volleyball and, of course, the weather.”

Christopher said that despite these major setbacks honestly, boxers and organizers have no choice but to make do with what is available as most of the boxers have adjusted slightly to the conditions that exist.

“We are now working on the roof of the building and, in a few days, we should be back in our home, God willing, with the support from our sponsors,” he said.

Although the final squad has not been named, it will most likely be the squad that represented Saint Lucia at the OECS Championships on show against some of the region’s best. They include Commonwealth Youth Games Bahamas selectee Kareem Boyce (60 kg), Nathan Ferrari (Light Welterweight 60-64 kg), Marvin Anthony (Middleweight 69-75 kg), Lyndell Marcellin (Welterweight 64-69 kg), Nyran David (Heavyweight 81-91 kg), KimlynMartie (Light Welterweight (60-64 kg), and JavannusFevrier (Lightweight 57-60 kg).