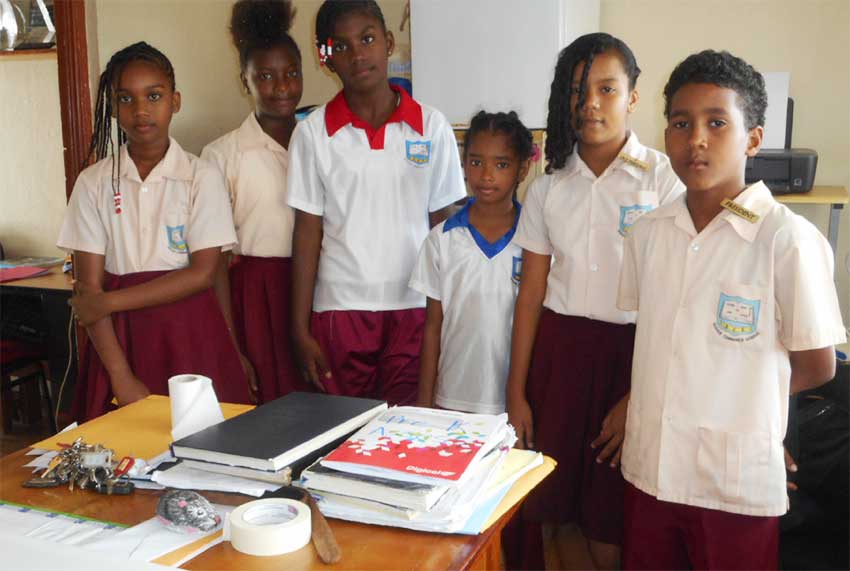 Kajana James, the Principal of the school said,

The Council’s first order of business is to have a full hour for lunch. She said in previous years, the school’s lunch break was shortened to half an hour, adding that during the other half hour, the students were kept in their classrooms.

Said James: “This was conceptualize to minimize misbehaviour during lunch break… If any grade was involved in a scuffle that entire grade would remain indoors for the next three consecutive days.”

She added that other measures put in place to reduce misbehaviour during lunch break were: the division of the school into three departments- infant, juniors and seniors and the designation of areas identified for children to play during lunch break, under the supervision of their respective class representatives and other student volunteers.

James said such measures were put in place after a series of meetings among students and staff.

She added that the school was aware that the students were entitled to a full hour for lunch, but it resulted in infractions during such periods.

“It helped to create a brotherhood at the school. Everyone looked out for each other to ensure things are going well,” she said.

According to her, the new council will also be giving the school’s bathroom a face lift adding that that monies which were raised at the school’s recent road race will be used for this initiative.

James said the younger students of the school are looking forward to becoming members of the Council, adding that only students in Grade three are eligible to become members.

James described the Augier Combined School which has a population of 287 students as a “child-friendly and effective” school.