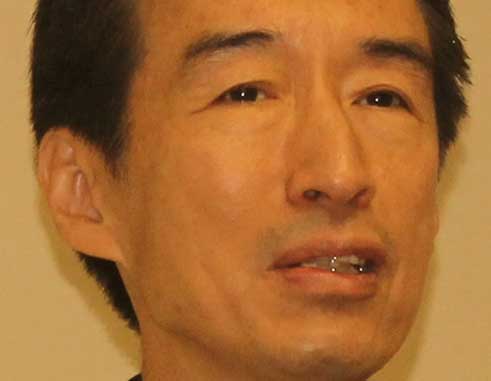 TAIWANESE Ambassador to Saint Lucia, Ray Mou’s , stint here is about to end and his successor is expected to arrive in Saint Lucia by early next month.

Speaking at a press conference held at Bay Gardens Beach Resorts, Mou said his imminent departure was a sad one since not only does this year mark the tenth anniversary of the re-establishment of diplomatic relations between the Republic of China (Taiwan) and Saint Lucia, but because of his fond memories of the island.

“It is also sentimental for me because I have to bid farewell very soon to my dear Saint Lucian friends this month. I have received instructions from my government that I will be transferred to another country to serve as a representative of my government in the Kingdom of Kuwait,” Mou said.

Mou, who succeeded James Chang in September 2015, said he was proud to be part of the contribution his government had made to Saint Lucia during his stint here as well as deepening the ties of friendship between the two countries.

“Over the period (I spent here), I have been to all of the constituencies and met some important friends of Taiwan who always told me how much we have done here and how much they would like to keep our friendship for many years,” he said.

Mou said 51 cooperation projects were undertaken between 2012 and 2016, creating over 10,000 jobs. Over 2,500 trainees benefitted from technical workshops in agriculture, aquaculture and ICT with over 1,000 farmers and 80 aqua-farmers being assisted.

He said over 130 Saint Lucians received scholarships to study in Taiwan and more than 50 civil servants undergoing building capacity training there.

Between 2012 and 2017, over 8000 jobs were created via the Constituency Development Programme (CDP)’s 842 projects. Moreover, lighting for sports and recreational facilities, trade promotion, construction of fisheries projects, meat processing facility, Walcott Place and the Vigie Beach Vending Facility, were among the achievements outlined by Mou.

A trade delegation headed by Minister for Commerce, Bradly Felix, is expected to visit Taiwan later this year to meet with businesses there. Also, Taiwanese experts are expected here later this year to share their know-how in various fields with key stakeholders, Mou said.

“Our cooperation is based on our government’s guidance, that is, to achieve mutual benefits and common progress. That is the reason (why) we want to make things more efficient and useful in our allied countries. We hope, in the meantime, that we can have your support; that your country can give us the things that are also very important to make Taiwan a very active partner in the international society because we have so much to share with others. But Taiwan needs more friends like Saint Lucia that can give us that platform that we can share our knowledge,” Mou explained.

Principal Information Officer, Richmond Felix, said the Taiwanese support to Saint Lucia over the years had borne positive fruits for both countries, especially in the area of ICT, his forte, where he worked alongside Taiwanese officials in upgrading government’s information systems.

“The people of Taiwan have given a lot to Saint Lucia and we are eternally appreciative and very grateful for that,” Felix said.

Just last week, the Taiwanese Embassy announced a number of scholarships for Saint Lucian students and Ambassador Mou joined government officials for the official opening of the new vending facility at Vigie Beach near the G.F.L. Charles Airport.

Earlier this month, Mou presented US$60,000 to Prime Minister Allen Chastanet towards the funding of the National Tourism Skills Development Programme.