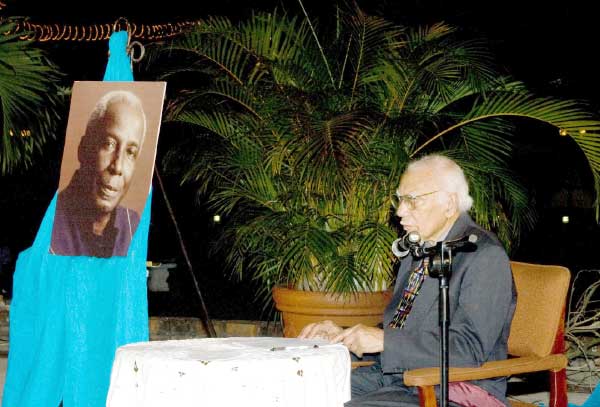 THE University of the West Indies, Open Campus has paid tribute to the late Professor George E. Eaton, Caribbean scholar and public servant.

Professor Eaton, at the time of his death, was the Chairman of the Advisory Board of the Hugh Lawson Shearer Trade Union Education Institute: Consortium for Social Development and Research, UWI, Open Campus, and Professor Emeritus of Economics and Political Science and Senior Scholar at York University, Toronto, Canada.

Professor Eaton, who was born in Jamaica in 1936, distinguished himself as a regional scholar and was a foremost authority on Industrial Relations in the Commonwealth Caribbean. His published Doctoral Thesis from McGill University entitled: “The Development of Trade Unionism in Jamaica, W.I.” traced the early beginnings of Jamaica’s trade unions and political association located in the context of the decolonization movement.

In 1961, Eaton was appointed Research Fellow and Lecturer at the Faculty of Economics at The University of the West Indies, after completing a stint as Senior Public Administration Adviser with the United Nations. He was one of the pioneers in the establishment of the Trade Union Education Institute (TUEI) along with Hugh Shearer, Michael Manley, Hopeton Caven and Hector Wynter in 1963. He worked tirelessly over the years to build labour education in the region and to create an environment conducive to good industrial relations practices.

During the 1970s he served as Permanent Secretary in the Ministry of the Public Service and in 1996 chaired the Labour Market Reform Committee, which produced a blue-print for reforming the labour market in Jamaica, in what became popularly known as the ‘Eaton Report’.

Pro Vice Chancellor and Principal of the Open Campus, Dr. Luz Longsworth, in paying tribute to Professor Eaton, noted that in later years, he turned his attention to “pension fund assets which he saw as an important form of savings where workers have little control over the governance of these funds, and urged trade unions to adopt new strategies and approaches to ensure the economic interests of employees are fully protected, and workers’ best interests can be preserved and guaranteed.”

Professor Eaton has a number of published works including, ‘Alexander Bustamante and Modern Jamaica’ (1995), and ‘The Trade Union Education Institute’ and ‘Rex Nettleford’s Philosophical Orientation’ (2011).

The University Community, and in particular the Open Campus, paid tribute to the life and work of Professor Eaton and extended condolences to his wife, Kathleen, children, grand-children and other relatives.