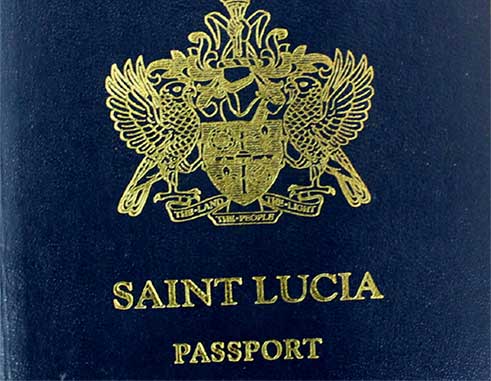 IN Part 1 of this series, we reminded ourselves of the reasons for rejection of this CIP scheme, and in Part 2 we drew attention to the fact that while the Opposition has demanded that DSH provide “financials” demonstrating proof of the project’s viability, neither the Citizenship by Investment Act 2015 nor the Regulations governing the Act give the CIP Unit the authority to make those demands.

Before we can discuss the DSH project in more detail however, there are a few more aspects of our own behaviour that require examination. The first is that at the SLP press conference of December 8, 2016, the Leader of the Opposition confirmed that when in government his party had been negotiating with DSH for three years prior to the last elections, and that would put those negotiations as commencing sometime around June 2013.

In announcing the “framework agreement” with DSH at the end of July 2016, the Prime Minister indicated that, among other issues, one of the amendments required to the Citizenship by Investment Regulations would be an adjustment to the number of passports that could be sold in any one year. This announcement leads one to think that the CIP is fundamental to the DSH project, but the first formal indication of the then SLP government’s intention to introduce the CIP scheme to St. Lucia came in the Governor General’s throne speech of May 2014.

One cannot therefore help but wonder what formed the basis for negotiation of the project between the former SLP government and DSH over a period of practically one year, (June 2013 to May 2014), in the absence of this critical financing mechanism, and one cannot help but wonder too if it was not the need to attract this project to St. Lucia that provided the impetus to St. Lucia adopting this nefarious CIP scheme.

You and I can rest assured however that we will never know the answers to these questions, but there is one more issue which our technocrats might consider addressing now that technocratic expertise has come to the forefront in this CIP controversy. This issue has to deal with a degree of mental gymnastics that most of us will never achieve, but is seemingly the normal practice of some of our technocrats and professionals. 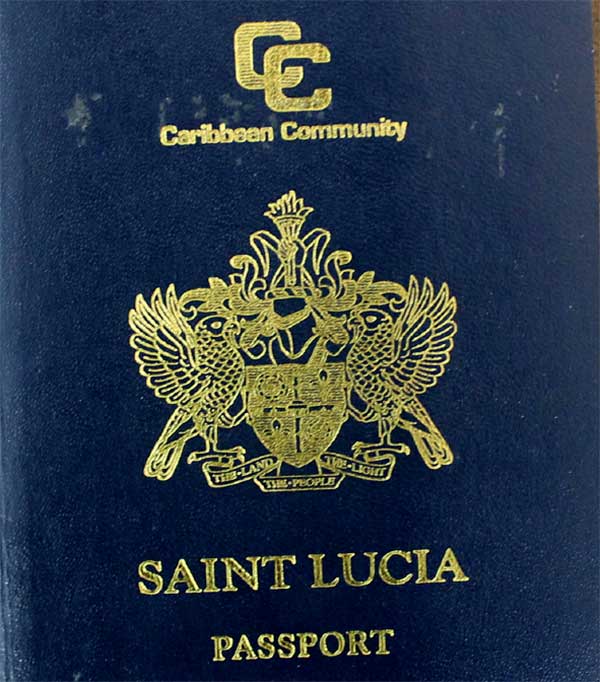 The initial Regulations to the Citizenship by Investment Act provided four mechanisms by which St. Lucian citizenship can be acquired. They are by investment in: a) The St. Lucia National Economic Fund; b) an approved real estate project; c) an approved enterprise project and d) the purchase of government bonds. For someone acquiring St. Lucian citizenship by “investment” in the National Economic Fund or through the purchase of government bonds, it is a straightforward exchange, with government issuing a passport once a person has made the payment of the sum stipulated in the Regulations and that person meets the other requirements.

In the case however of investments in approved real estate projects or an approved enterprise project, persons making investments are investing in the project, and in accordance with Regulation 10 (4) of both the initial and current Regulations governing the CIP Act, citizenship may be granted where an applicant (a) “executes a binding purchase and sale agreement for an investment in an approved real estate project; and (b) “ensures that any outstanding balance of the agreed purchase price is placed in an approved irrevocable escrow (sic) in Saint Lucia. Regulation 10 (5) (a) requires the investment to be the minimum as set out in paragraph 2 of Schedule 2 of the Regulations, while Regulations 10 (7) directly addresses “Beneficial ownership of the relevant property …”.

Irrespective of what those mentally gymnastic technocrats would try to have us believe, persons investing in real estate projects are not buying passports, neither are the developers selling them passports. Developers are in fact selling interests in the projects that they are proposing, with our passports only being a throw-away bonus to the investor.

On what basis then is the CIP in St. Lucia, as described in the Opposition press conference of August 3 last year, proposing that there would be a limit placed on the number of passports which a developer would be allowed to sell, or that it would in effect place a limit on the profitability of a project? Neither the CIP Act nor its governing Regulations even hint at this requirement, and we confirmed this by drawing reference to the provisions of the Act and Regulations in Part 2 of this “Soul of the Nation” series.

Now it may also be true that persons making an investment in a real estate project may only be doing so because they are interested in obtaining a second passport, but who is to say so? As far as a developer is concerned, he is selling interests in his real estate project to potential clients, who, once their investment exceeds the stipulated minimum of US$300,000, will also be entitled to a St. Lucian passport once the “due diligence” criteria are satisfied.

So, for example, take a developer who decides to erect a hotel in St. Lucia, with construction costs of say US$100m, and who then markets investment in this luxurious hotel and its exotic location internationally with a minimum investment of US$300,000 per investor. Suppose also that because of this proposed hotel’s attractive qualities the developer then receives investments from 1,000 persons who see this as a perfect financial investment for them. Supposing also that these 1000 persons then make the minimum investmentof US$300,000 enabling the developer to receive US$300,000,000 as a result.

At this point, the developer, whose cost of construction was US$100m would have made US$200m in profits, and each and every one of those 1,000 persons investing in the project would be entitled to a St. Lucian passport by law once they can show that they have US$3,000,000 in financial resources, (now deleted from the Regulations), and they can pass a “due diligence” test, whatever that means.

The craziness does not stop there, because at this point, a hotel has been constructed in St. Lucia, and it is now time to operate this hotel and turn a profit on its operation. Except that it is impossible to legislate that any business be profitable, and so while an initial submission by a developer will show the hotel’s viability, it will come as no surprise to anyone if eighteen months after opening the hotel goes into receivership.

Now the game becomes clear, as the developer has made a legitimate profit of US$200m, the “investors” are not making money on their investment but are not concerned with that because all they were really interested in, in the first place, was a second passport, (mental gymnastics required here), and St. Lucia ends up with an empty hotel on its hands. St. Lucia gains nothing from the sale of its passports other than the few jobs generated during construction of the hotel as even the 200 or so jobs promised during the operation of the hotel have now evaporated, but the developer ends up filthy rich.

And with respect to that restriction on the sale of passports to 500 per year in the initial Regulations, this restriction only extends to the period required for the financing of projects. Even those Regulations recognised that that number would have to be increased, and the current removal of this restriction makes no difference to the sordid nature of the business in which we are now engaged. Whether it be 500 or 5,000 passports for sale a year, we’re selling ourselves.

I have been preaching this gospel of bad news for the better part of a year and so I welcome Dr.Hilaire’s concerns regarding the profitability and sustainability of real estate projects that have been induced by this CIP scheme, except that his attempts to suggest that they were previously included by the CIP legislation do not withstand scrutiny. Neither the CIP Act, nor the Regulations governing it, provide for this. Now, even the architects of this scheme must recognize that in adopting this CIP we have shamed ourselves, and have done so for an empty promise.

And if Dr.Hilaire and the Opposition have now seen the light, then let them also advocate that the requirements for equity investment by the developer, CIP access to developer’s financial documents, and limits to the potential profits allowed to a developer through the sale of our passports all be included in a set of revised Regulations for the CIP. The Opposition must not only advocate this, they must demand it, demonstrate for it, shut down the country if they must if only to show that they have now reformed themselves. But they won’t. They’re too smart for that, as they know that any legal requirement for the demands that they themselves have publicly voiced will ensure the collapse of the real estate portion of the CIP.

But we have seen the damage that smart people can do, and we only have to consider the recent world financial crisis to understand that it can be grave. As that crisis unfolded, it turned out that those smart people had designed financial instruments which neither they nor anyone else had an understanding of, except that in the end, those instruments turned out to be worthless. Those Wall Street wizards brought the world to the brink of financial disaster, but at the end of it, they were rewarded with multi-million dollar bonuses by the same banks that had had to be bailed out by the US taxpayer. The reasoning behind those bonuses by the Wall Street banks? It was felt that those smart people who had brought the world to the edge of financial collapse were the best brains available to the industry, and the banks therefore could not afford to lose them.

There, as here, smart people do well while others suffer the consequences. But as usual, they’re always too smart, too smart by half and then some, and eventually their mental gymnastics lead them into revealing the emptiness of their promise. Unfortunately, this revelation usually comes only after these smart people have caused major economic and social damage, poor people are made to suffer as a result of their actions, and these smart people have moved on to creating even more damaging schemes. But not this time, because now we know that:

“Somebody tiefing the soul of this nation, and we, yes you and me, we have to stop this conspiracy.”

We extend the “Soul of a Nation ” series next week.