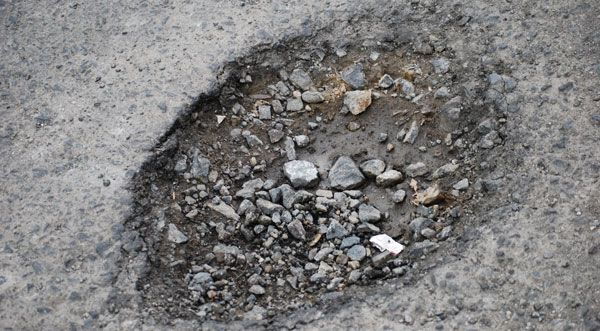 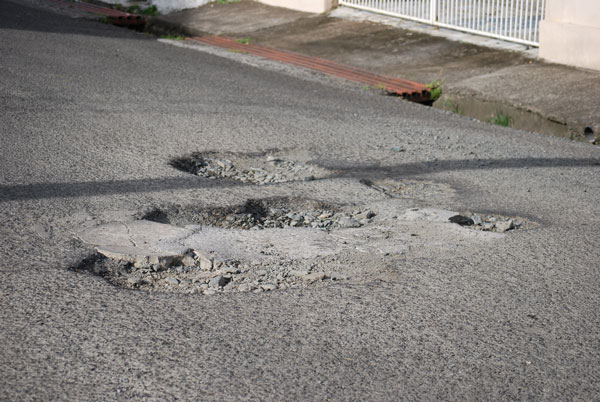 For the past few weeks social media has been rife with complaints about the deplorable and unsatisfactory road conditions that tax payers have had to cope with.

Concerns grew even more when on Thursday morning on the popular radio and television programme, Blazin F.M.’s The Morning Heat, Scady and J.V. gave a voice to the public who expressed their frustrations via the station’s Facebook and WhatsApp platforms.

While some feared for the safety of motorists and pedestrians: “In my community every other gap is a hole which can cause your tyre to explode or bend your rim and can make you lose control on the road”, “It’s a hazard especially on the millennium highway where people are swerving last minute around potholes and almost knocking vehicles.” Others were fuming at the costs they had to bear just days after the festive season: “I just had to replace tyre yes plural because of those craters”, “and I’ve spent hundreds already on fixing rims, replaced tyres as well.”

In a press statement released by the Ministry of Infrastructure, Ports, Energy and Labour the Government is adamant that good roads are key to the continued economic and social wellbeing of our country. They are also aware of the present distress the abysmal road condition has caused to motorists.

According to the release ever since the start of the Hurricane Season and the passage of Tropical Storm Matthew, the incessant rains have not only contributed to further deterioration of the roads but have to a large extent prevented meaningful intervention in respect of timely repairs.

The department confirms that they are currently in the process of reassessing the existing situation on the ground so as to facilitate an immediate to short-term intervention with the objective of prompt relief to all roads users.

Over the next few days, the department expects to mobilize in force to undertake the much needed repairs in key areas. The department is also asking for patience from the general public as they proceed in that regard. 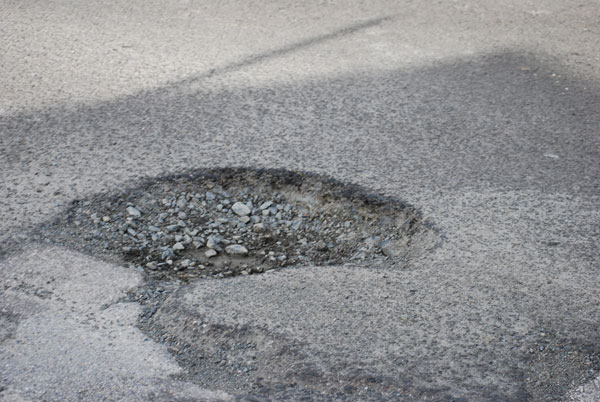 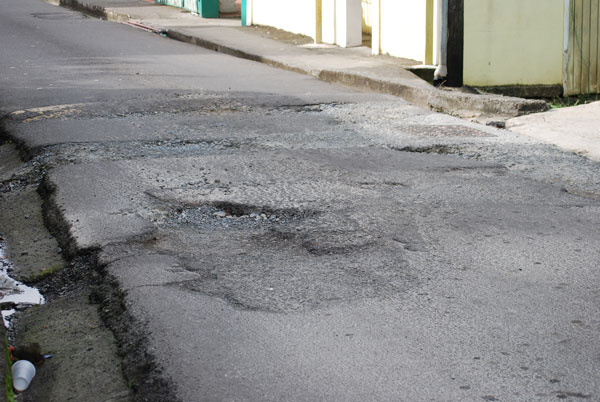