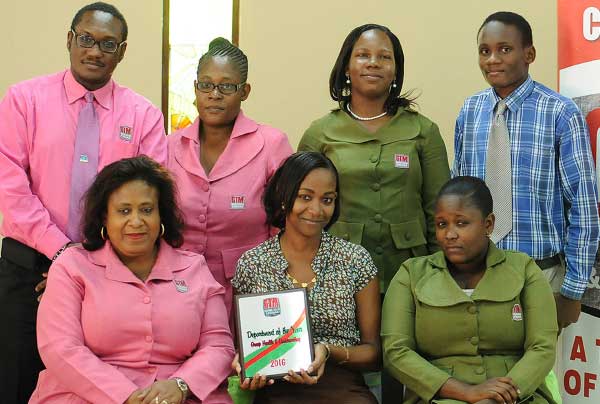 THE Guyana and Trinidad Mutual Group of Insurance Companies on Wednesday honoured its leading producers for 2016.

The company was established in Guyana on December 15, 1880 and has been serving St. Lucia since 1955.

Among the persons receiving awards was Mr. Clinton Charlery who was the leading producer of Property Insurance in 2016.

The Employee of the year award was shared between Mrs. Tessa Daniel of the Group Health and Underwriting Department, and Ms. Emmalee Emmanuel of the Soufriere Office.