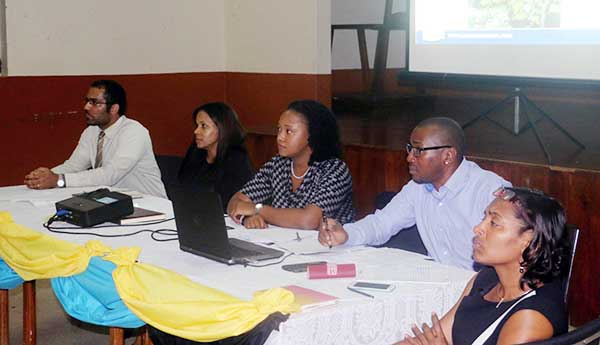 THE Government of Saint Lucia in collaboration with Invest Saint Lucia is continuing its informative and consultative process on the “Pearl of the Caribbean” development by Sesert Star Holding (DSH).

The Fact Sheet covered a variety of questions in the public domain on the Desert Star Holdings (DSH) project including: “Will there be access to public beaches?”

The answer: “Saint Lucia’s beaches are by law all public access and this will not change with the Pearl of the Caribbean. In fact, there will be recreational areas and beach facilities which include restrooms for public use. There is no threat to beach access for anyone. The developer has made provisions for locals in their plans for the development of Anse de Sables. Neither beach is in jeopardy of being “taken away from the people”. In fact, the new facilities and upkeep of the beach will make it even more inviting for all.”

The full document is available for reading on the official page: www.facebook.com/pearlofthecaribbeanslu.

During the press briefing the group informed the media that it has already reached out and engaged with persons directly affected by the first phase of the project which is the racetrack located in Beausejour.

Said Chairman of Invest Saint Lucia Pinkley Francis: “We have allocated 200 acres of the farming land to the developer to explore the possibility for establishing the racecourse.”

Cenac went further explaining: “As far as we are aware there is only one farmer affected by phase one of the project. The remainder of the lands as far as we know is not being used right now and in economic terms that may well be referred to as ‘unproductive’ lands, which we are trying to put to productive use. That farmer, we are in negotiations with, and Invest Saint Lucia has always been prepared to do what is fair to the farmer considering everything. I don’t think the interest of one single individual should outweigh that of an entire population so all of these things have to be put into a scale and weighed: what are the pros and cons of any particular project? From Invest Saint Lucia’s point of view we can see that it is most advantageous to Vieux Fort and we certainly will deal fairly with any affected persons.”

“It is your country, it is your project, it is for all of us,” stressed the Chairman. “There are a number of projects on the island that we have had issues with in the past and today we are benefiting from the outcome. No one is saying the project is perfect, however, what we plan to do is engage everyone.”

On Wednesday Invest Saint Lucia and the Office of the Prime Minister team also held a session with Constituency Council Members from Micoud, Vieux Fort, Laborie, Choiseul and Soufriere at the Desruisseaux Multi-purpose Centre to enlighten them about the project. Also present at the session was Minister in the Ministry for Equity, Social Justice, Empowerment, Youth Development, Sports, Culture and Local Government, Fortuna Belrose, Permanent Secretary Donovan Williams and Equine Consultant Winston Trim.

Following a presentation from Invest Saint Lucia, the over 60 persons present put several questions to the panel on a range of issues.

The public has been assured that the Government of Saint Lucia will continue to engage them in discussions on the project in the coming weeks and months.