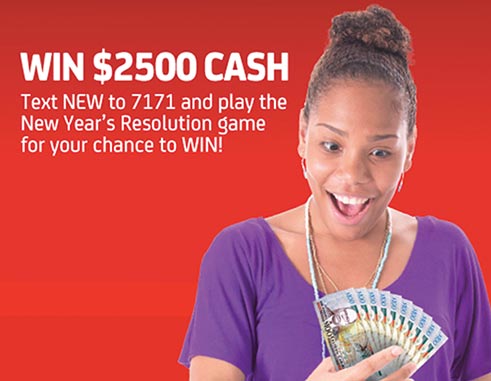 DIGICEL has commenced the New Year providing customers with even more value and amazing offers.

On Wednesday the company announced its ‘’New Year’s Resolution’ Text to Win promotion aimed at assisting customers in setting and achieving their goals for the new year.

Having rewarded many customers throughout the Christmas with Digicel’s #GetGifted promotion customers will benefit even more with this New Year’s Resolution promotion. By texting ‘NEW’ to 7171, Digicel customers can accumulate tokens while increasing points and their rank in the competition throughout the month of January. 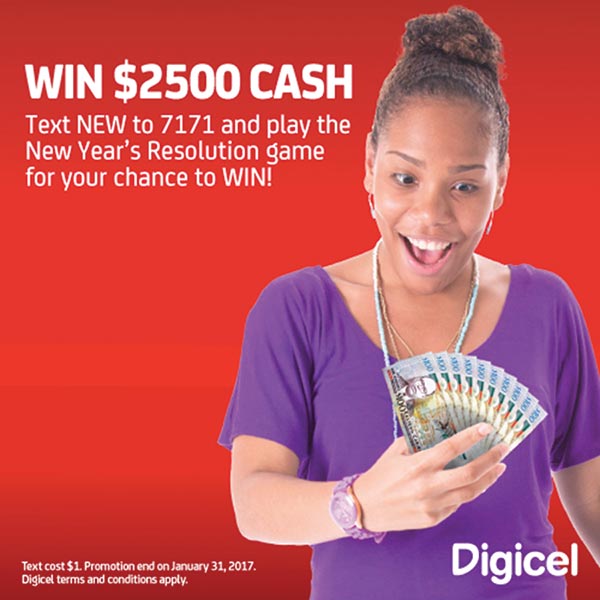 Customers can continue to text up until 11:59 p.m. January 31 to qualify and the grand prize will be awarded during the first week in February. The cost of each text is $1.

As part of the New Year’s Resolution Text to Win Game, customers will also enjoy a ‘Double/Triple Entry’ day. Therefore on randomly selected days Digicel will reward participants with double and triple the points based on correct responses.

Miss Louise Victor, Marketing and Communications Executive at Digicel, expressed her excitement with the announcement of the New Year’s Resolution Text to Win promotion and said: “Digicel prides itself on not only being innovative in delivering promotions and new offerings but ensuring that there is great relevance to our customers. We were eager to commence the New Year by giving back to our customers. We are cognizant of the economic challenges some might be faced with given the expenses during the Christmas season. “