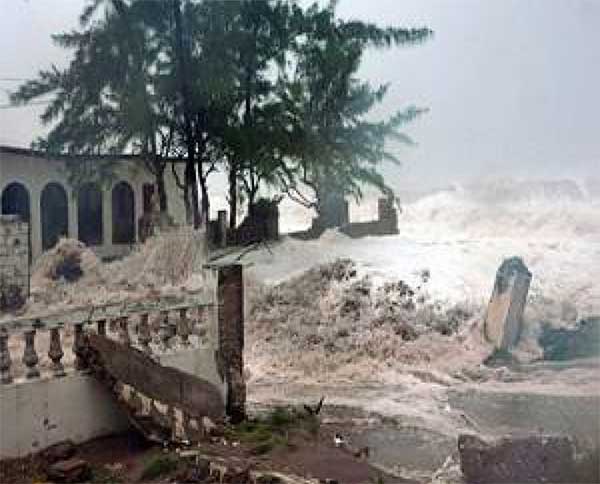 THIS week I saw photos of the devastation in St Vincent due to heavy rains. This was the second event within two months, the first causing major flooding of the Airport Terminal. While Dominica is still recovering from Tropical Storm Erika, they also had to deal with more damage over the last 5 months. St Lucia also felt the effects of Tropical Storm Matthew this year. Over the last 25 years all of our OECS States have suffered damage due to natural events that if valued today and applied to their public debt would be now declared debt free.

Is this ever increasing vulnerability wiping away any gains that we may have? The ECCB has posited that the economies of the OECS States need to grow by a minimum of 5%. This high level of economic growth has to overcome the high level of vulnerability to natural disasters coupled with the man-made disasters of bad governance and corruption. Many are of the opinion that it is a fool’s paradise to believe we will ever achieve consistent high economic growth.

One is of the opinion that the only way these small States that constitute the OECS will ever survive is by deepening the integration process and to do so quickly. Even the British during their colonial rule recognized that the only way to govern these small islands was to have integration. Yet we continue to hear the foolishness mouthed by some – ‘Look at Singapore, same size as St Lucia’. Singapore is Singapore and Saint Lucia is Saint Lucia. One has 5.7 million people and the other 186,000. Our system of governance is different, our culture is different. The OECS contains the smallest independent states in the world when population and size are grouped; we are in a zone with the highest levels of vulnerability to natural disasters (earthquakes, flooding, landslides, wind damage, tsunamis, and volcanoes).

The absence of integration has caused the islands to be competing against each other under their Citizen by Investment Programme. Dominica has the lowest, with a payment of $ 100,000 USD allowing you to become a citizen. I fully accept that the CIP is a source of revenue that small states should pursue, but it is not sustainable. St Kitts and Dominica are enjoying a bump at this time due to crises in the Middle East, but the wars will end one day and the interest in passports will wane.

When one scans the leadership of the OECS at this stage there is no pure regionalist among the leaders, and thus there is no prioritization of this deepening of the integration process. The free movement of people is a huge step, and one can only hope that the next push for regional integration would come from the people and up to the political directorate. There is a limit to the building up of debt, and there is a point of no return. It takes one disaster to cancel out years of economic growth. It is a metaphorical number line and the adding and subtracting will one day move you past zero into the negative side.

The present Director General of the OECS, Dr.Didacus Jules is thus placed in a most critical position in our history, to shape the conversation both with the political directorate and more so with the people of the OECS. Dr. Jules has to paint two pictures, one of a fragmented group of islands sinking in debt and another picture of an integrated OECS emerging as a strong force.

The people of the Caribbean are resilient, to have survived the longest period of consistent brutality ever in the history of mankind speaks to the constitution of the people. While we occasionally do foolish acts, we are not a foolish people and I am convinced when the pictures are painted and the portrait framed, the people will embrace the right masterpiece of integration.