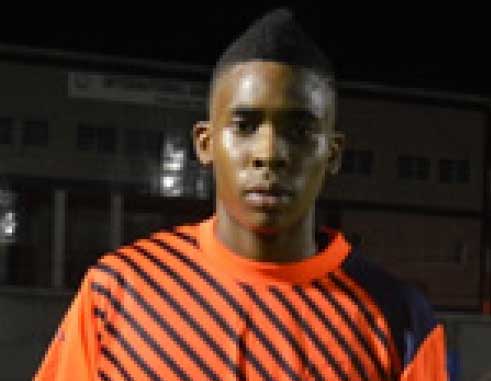 FOOTBALL action continues today in the Saint Lucia Football Association Under-21 male tournament with a double-header at the Phillip Marcellin Grounds in the second set of quarterfinal matches.

From 6:00 p.m. Gros Islet will do battle against the SLFA National Under-17s while Vieux Fort South with the experienced Leon Alexander in goal will host Canaries at 8:00 p.m. Leon was adjudged the best goalkeeper in the recently-held Blackheart tournament which the Vieux Fort South senior team won.

On Sunday at the Soufriere Mini Stadium, two games were played in the Under-21 Super League (quarter-final group stage).

In game one, Marchand and Dennery played to a goalless draw. In game two, home team Soufriere defeated Desruisseaux 2-1.

Football action also continued in the SLFA Division 1 tournament this past weekend with one match in which Massy Northern United defeated Young Roots of Vieux Fort North 3-1.

For Massy Northern United, the goal scorers were Nicholas Lawrence shooting from in the 18- yard box in the 60th minute, Danil Denis in the 75th minute from 25 yards out and a penalty in the 90th minute.

Benny Williams scored in the 82nd minute for Young Roots.