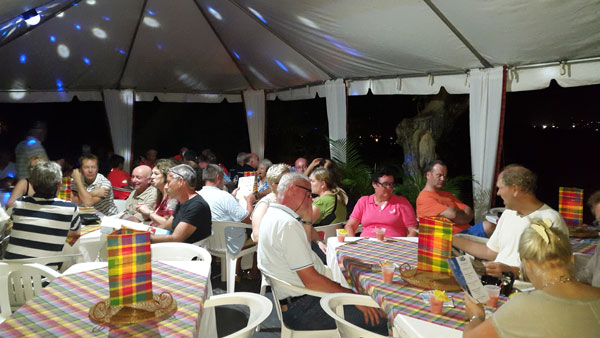 A welcome ceremony hosted by the Saint Lucia Tourist Board to mark the start of Karibik Trophy Regatta sailed off on Monday evening at the Pigeon Island National Landmark.

The regatta consists of 20 boats with 120 participants, including members of famous sailing clubs, individual sailors and press. They were treated to an evening of Saint Lucian fun and entertainment, which included mouthwatering local cuisine, steel pan music and electrifying performances by the Silver Shadow Dancers.

With the Karibik Trophy Regatta into its 27th year, this is however the first time that the German sailing event is being hosted in St Lucia. It is a welcome addition in the fast-growing yachting sector, which already includes the Atlantic Rally for Cruisers, the ARC Plus and the World ARC regattas.

Tourism officials, stakeholders and partners, as well as participants in the regatta who were present at Monday night’s ceremony, all expressed excitement about what they agree is the start of a mutually fulfilling relationship.

Speaking at Monday evening’s event, Tourism Minister Dominic Fedee welcomed the contingent and thanked the Managing Director of the German Regatta for including Saint Lucia in their itinerary.

Minister Fedee said, “We’ve just had a very successful flotilla on Sunday coinciding with the commencement of the ARC race from Las Palmas De Gran Canaria. With the significant increases in yacht arrivals this year, the yachting sector is flourishing.”

He further noted that the Karibik Regatta “complements what we know as the ARC very well.”

Meanwhile, Tourism Programme Officer at the OECS Secretariat’s Economic Affairs Division, Dr. Lorraine Nicholas, explained that the Secretariat played a major role in the decision to bring the sailing event to St Lucia. 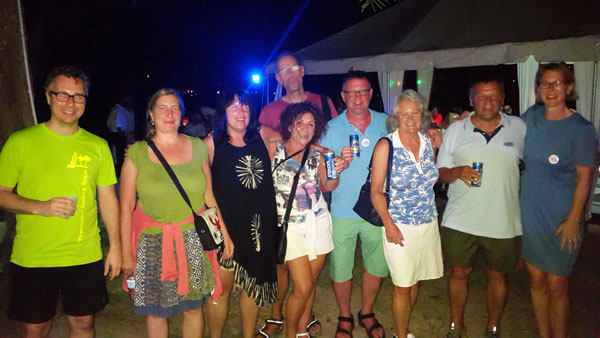