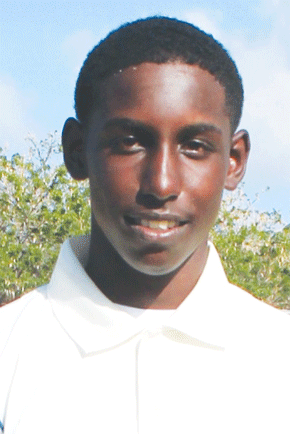 ANOTHER young Saint Lucia cricketer has been called to the West Indies Under – 19 team. Seventeen year old student of the Sir Ira Simmons Secondary School Johnnel Eugene will join the West Indies team in camp in Grenada from December 9 – 19.

The West Indies Under – 19s will travel to South Africa and Bangladesh next year before making their way to New Zealand for the Under – 19 World Cup. West Indies are the defending World Champions.

Eugene has accomplished many feats at the regional level. He was the highest scorer at the recently completed West Indies Under – 17 Tournament, which took place in Trinidad and Tobago. His performance at this tournament also landed him the honour of being named the tournament’s overall MVP, the first Saint Lucian to be bestowed with this honour.

Eugene has also represented the Windward Islands and the West Indies at the under – 15 level. His ability with both bat and ball earned him a call with the West Indies team that toured England earlier this. In addition to this, the Gros Islet native who represents Babonneau in local cricket tournaments has been the top batsman locally in all youth competitions.

For his outstanding performance last year he went on to capture the 2015 – 2016 “Junior sportsman of the year” award, Eugene is the son of former West Indies A Team Captain John Eugene and is the only Saint Lucian selected for the upcoming tour.