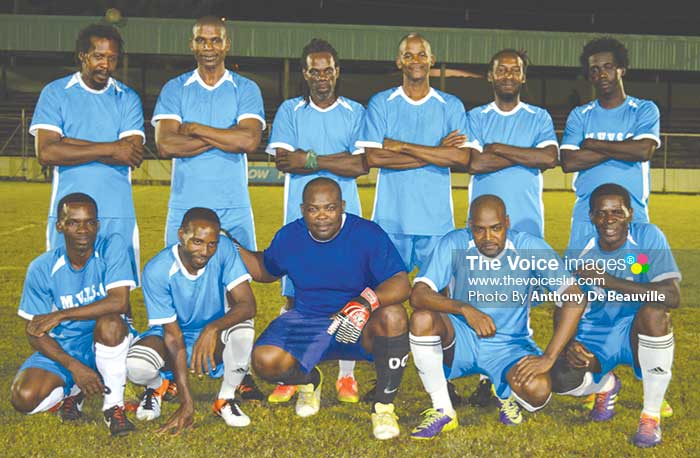 The six matches on the weekend card are all crucial as the participating teams look to secure quarterfinal spots.

From 4:00 p.m. today, Behind the College All Stars play VSADC in a must-win situation for BTC who will be playing their final preliminary match in the tournament with only one point in the bag from two matches. The former champions VSADC on the other hand will want nothing less than a win to top Group B.

In Game 2, at 6:00 p.m., Valley Legends play Laborie: Valley Legends are currently on 4 points from two matches while Laborie with two defeats, will want nothing less than a win for an outside upset and to open up Group A. But based on their two previous performances on the square, one does not anticipate any surprises in this encounter.

At 8:00 p.m., Gros Islet will take on home team Central Vieux Fort, who are currently on 4 points, but Gros Islet has one game in hand on three points. A win for CVF will see them top Group C. On the other hand, a win for Gros Islet will see them tie on 6 points in the event Micoud beat Dennery All Blacks on Sunday. One can only hope the rain will stays away for this all-important encounter.

The showpiece resumes tomorrow from 3:00 p.m. when flow Lancers play a determined Congorians FC team. FLOW Lancers FC are currently on 3 points from two matches and will have to pull all stops to defeat Congorians FC currently on one point following their 3–3 draw with BTC if they want to advance to the next stage of the tournament.

Congorians FC know that they must not take this encounter lightly because a defeat will see them at the bottom of the points table in Group B and with their final preliminary match against VSADC at the Sab Sporting Facility next week that will certainly be a difficult hurdle to clear.

In Game 2 from 5:00 pm, it’s a battle of the east coast as Dennery All Blacks take on Micoud in a Group C matchup. All Blacks are expected to come out firing on all cylinders in search of their first win; they went down in their opening match against Central Vieux Fort 2-0. Micoud, likewise, lost their first game to Gros Islet 2-1 but made amends last weekend when they hammered Central Vieux Fort 4-2.

The players from both teams in question know each other very well, but the team that really wants the victory and most importantly the changes/substitutes that will be made at crucial times will be key factors.

The final encounter will see Vieux Fort South coming up against the 2015 defending champions Soufriere. This is the final game in the preliminary round of the tournament for both teams. Soufriere with a 3-3 draw with Valley Legends and a 4-0 win last weekend over Laborie have 4 points along with Valley Legends. From all indications, they will have to win this one to stay alive.

Also, Vieux Fort South with a win over Laborie Veterans 5-1 and a 1-0 defeat last weekend at the hands of Valley Legends, will have everything going for them as they will be playing in front of their home support and will want to emulate their younger compatriots VFS team that won the Blackheart tournament last month. A victory will see them to the top of the group with 6 points, providing Laborie upset Valley Legends.

The 2014 champions left no stone unturned on a soggy outfield. Former national striker Godfrey Alfred with goals in the 31st, 42nd and 51st minutes and Roger Celestine with goals in the 34th, 65th and 74th minutes proved too much for the Mon Repos defense. This was Celestine’s second hat-trick of the tournament.

In the process, Caricom Masters went on to top Group D with 6 points, eliminating Mon Repos out of contention.