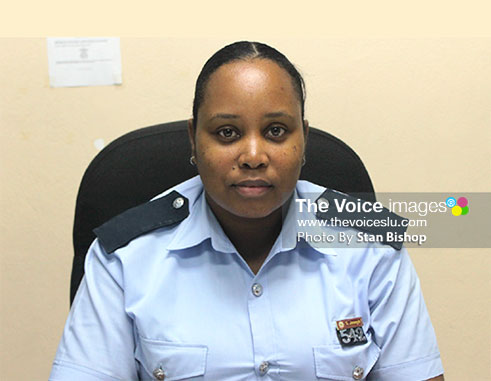 THE Fire Service is reminding St. Lucians of the dangers they could be exposed to when using Liquid Petroleum Gas (LPG) even though it is an excellent fuel for heating, and cooking, following an explosion at the fisheries building in Anse-la-Raye, Sunday suspected to be caused by the gas.

Fire Prevention Officer, Stacy Joseph, did not say much about the explosion only that it is under investigation.

The suspicion is that the explosion may have been linked to gas. However Joseph, in her weekend report, stated that LPG cylinders are safe if used correctly, but if stored or used incorrectly, LPG can be extremely dangerous. She called on St. Lucians to never use LPG in a confined space.

“Do not connect or disconnect cylinders in the vicinity of a naked flame. Shut off the cylinder valve before disconnecting the bottle from the unit. Always keep cool and away from flames, sparks and heat, or direct sunlight,” she wrote in her weekend report, Monday.

According to Joseph cylinders should be stored in a well ventilated area and should be carried and stored upright at all times.

“Do not store or use petrol, flammable liquids or aerosols near LPG cylinders. Ensure valves are turned off firmly when not in use. When transporting cylinders in a car, the total capacity must not exceed 9kg. The cylinders should be transported in an upright position and secured, preferably in the boot. Do not leave LPG bottles in a vehicle unnecessarily,” she noted.

Joseph added that no more than two cylinders should be carried in a car at any one time and that one should never use a naked flame to detect a leak. She advised that to check for gas leakage, soapy water should be used on any suspect connection or hose and watch bubbles.

“If in doubt, turn off the gas and have a qualified person attend to the hose or connection,” Joseph said.

On Sunday at approximately 5:45 a.m., the Fire Service Department responded to a call from the Anse la Raye Police Station, informing of a possible explosion at the fisheries building close by. On arrival, there were no signs of fire, however, visible signs of an explosion were evident.

According to Joseph, over the past weekend, the fire department responded to one call relating to motor vehicular accidents, where one male fell off a motorcycle on Chaussee Road, Castries. He was treated by the responding ambulance crew and subsequently transported in a stable condition to Victoria Hospital

She said that the fire department recorded three cases of physical assault over the weekend but no fatality was recorded.

There was a total of 59 ambulance responses, throughout the island, 41 in the north and 18 in the south.