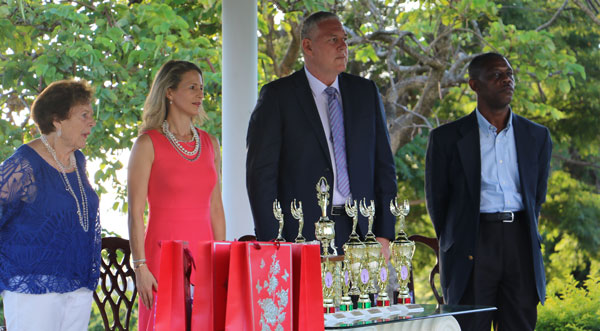 The event took place at the Prime Minister’s Official Residence at Vigie on Sunday, October 16.

Executive Director of HelpAge Saint Lucia, Helen Charles, noted that in a world where issues of the elderly are often placed on the back burner, it very was encouraging to see the lead policymaker of the government present at this function.

Said Charles: “We truly appreciated that his family was present, particularly his mother. I know those present truly appreciated the opportunity to meet and interact with the Prime Minister. In his brief remarks, it came across that he could relate to our concerns and we look forward to another forum for us to discuss the serious issues.”

Charles disclosed that the Prime Minister has given a commitment to meet with HelpAge St. Lucia along with the relevant members of his Cabinet in the near future.

The Club 60 Pageant took place at the National Cultural Centre on October 9 under the theme, “60 – Sassy and Stunning”.

The Office of the Prime Minister congratulates all of the participants of the Club 60 Pageant, including Pageant Winner 2016 Ms. Patricia Joseph of Babonneau, first runner-up Mary Francois of Mabouya Valley and second runner-up Paula Gibson of Castries.