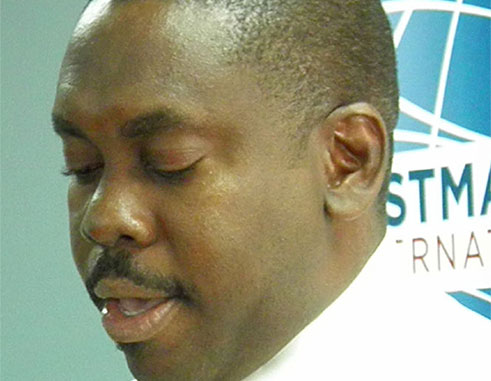 THE first floor conference room at the Blue Coral building in Castries will be a hive of Toastmasters activity when the Aspiring Minds Gavel Club (AMGC) the first of its kind on island, will be officially launched Thursday from 4:00 p.m.

The club started as a pilot project in April this year under the guidance of founding members, GenniferFaissal, Winifred Blanchard, Dylan Bourne and Sonia Monrose — distinguished Toastmasters in their own right. The quartet has attracted a combined twenty students from St. Mary’s College, St. Joseph’s Convent, Leon Hess Comprehensive Secondary School, Castries Comprehensive and Entrepot Secondary School to create AMGC.

Bourne, one of the founding members and former president of the NIC Toastmasters Club, said the students will be accompanied by their parents and their school principals. Also in attendance will be dignitaries from the Ministries of Education and Social Transformation, representatives from corporate sponsors and executive members of the three existing Toastmasters Clubs in Saint Lucia.

The highlight of the event will be the presentation of official Toastmasters Gavel Club membership lapel pins to members.

Bourne said Gavel Clubs participants learn how to overcome nervousness when speaking before an audience, organize and present ideas logically and convincingly, listen carefully to the ideas of others, participate in and lead group discussions or meetings and offer advice to help others to improve their speaking and leadership skills.

Toastmasters International is a nonprofit educational organization that operates Toastmasters clubs worldwide for the purpose of helping adult members improve their communication, public speaking, and leadership skills. In an effort to nurture and develop those skills from an early age, the organization also offers younger persons below 18 years the opportunity to join ‘Gavel Clubs’, which generally operate in the same way as the adult clubs.