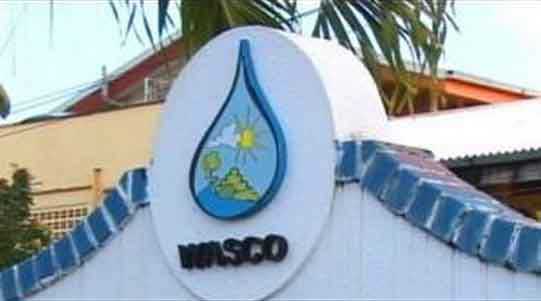 THE Water and Sewerage Company Inc. (WASCO) has denied a claims by the opposition St. Lucia Labour Party that the John Compton Dam Rehabilitation project has stopped.

The water company issued its denial yesterday stating that the project is actively ongoing with requests for proposals being sought.

“These can be found on the Government and Caribbean Development Bank’s websites, the Government Gazette and The VOICE Newspaper. Deadline for submission of these to the Central Tenders Board is Friday 23rd September, 2016,” the company’s release stated.

The Saint Lucia Labour Party, last Friday, expressed concern over what it claimed was “the Allen Chastanet Administration’s stoppage of projects intended to improve the life of Saint Lucians.”

According to the SLP the Dennery North Water Redevelopment Project is geared to stop the acute water shortages which have been experienced for years by the people in the Dennery region. The funding for this project include a grant of US $5 million secured from the Government of Mexico, and a loan of US $11.2 million approved by the Caribbean Development Bank (CDB). The project is being managed by the United Nations Office for Project Services (UNOPS), which has completed evaluation of bids and identified a preferred bidder. The next stage is for the contract to be awarded and for work to begin, the SLP release said.

It added that similarly funding for the Vieux Fort Water project has been secured through joint financing of US $19.7 million by the Caribbean Development Bank (CDB), the European Investment Bank (EIB) and the Inter-American Development Bank (IADB). The project was formally launched in November 2015, the project office has been established and a head of Unit, who is being paid by CDB, has been employed. At the time of “stoppage,” project staff for the unit were being recruited, the opposition party said.

Guy Joseph, Minister for Economic Affairs echoed WASCO saying that the projects were not stopped but were under review.

“We are not holding up projects, we are reviewing projects so that we can make the right decisions,” he said.