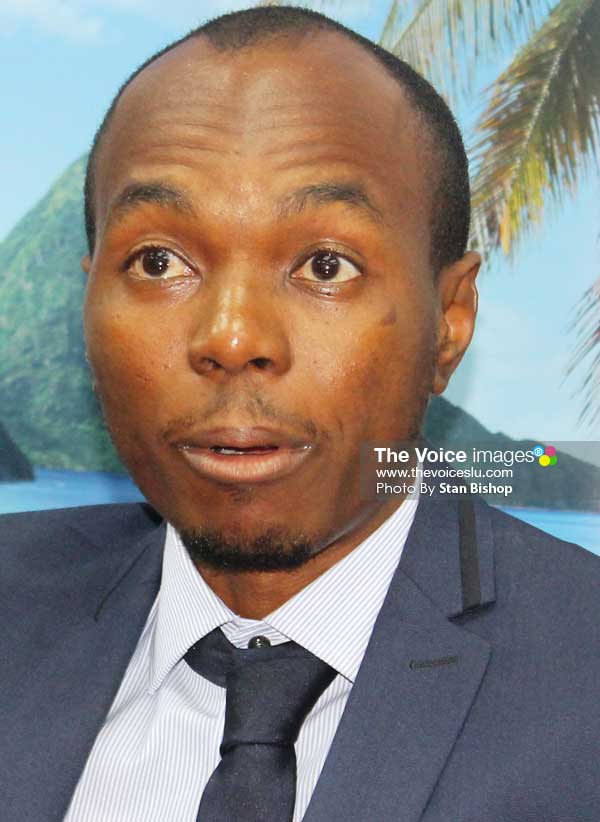 TOURISM Minister Dominic Fedee has laughed off claims that are threatening to taint the island’s positive reputation after it was placed on a number of travel advisory lists suggesting that Port Castries is one of the most dangerous cruise ship destinations in the world.

At least three popular sites have Fingered St. Lucia like MSN News and Travel AOL who have cited incidents including the 2014 botched robbery of British couple, which led to the death of the elderly Roger Pratt.

Other incidents highlighted included the 2009 case where 14 cruise ship passengers were robbed at gun point at a waterfall in Anse la Raye.

It also reported that in April 2013, a group of 55 passengers along with two crew members of the Celebrity Eclipse were robbed at gunpoint by three assailants whilst on an excursion in Soufriere.

The issue was raised during a news briefing with tourism officials last Thursday morning.

During the Question and Answer stage of the conference, the media posed questions to Fedee, enquiring about his thoughts on the matter as well as his solutions to remedy the situation.

Fedee brushed off the claims, saying that the “Product St. Lucia” remains very strong and is still one of the safest places to visit.

He said; “Yes, like every other place in the world, there are places that you shouldn’t go and of course I would like the police department and the Home Affairs Minister to speak with more specificity and more wisdom and to speak in a more informed way on the situation. It relates to crime on the island and as it relates to the implications it has not just for tourists but also I think most importantly for people who have invested here and people who have built their homes and people who live here like you and I.”

When asked about the impact that crime on the island has had on the industry in the past few years, Fedee explained that he does not have enough information on the statistics and figures and so, he cannot tell whether there has been a significant impact on the visitor experience.

The Minister assured that his ministry maintains a very close relationship with the Ministry of Home Affairs, but whilst they are seeking to get to the root of the problem and to solve it, it is a task that requires serious strategy and diligence.

Fedee said, “You don’t want to make your destination look like a military parade. There are all these things that we want to consider.”

Fedee revealed that his ministry will be disclosing a more in depth and detailed report on the matter during a planned symposium.

He said he would like the media to attend to give input on how to solve the problem as “it is something that affects us all and needs to be embraced as St. Lucians”.