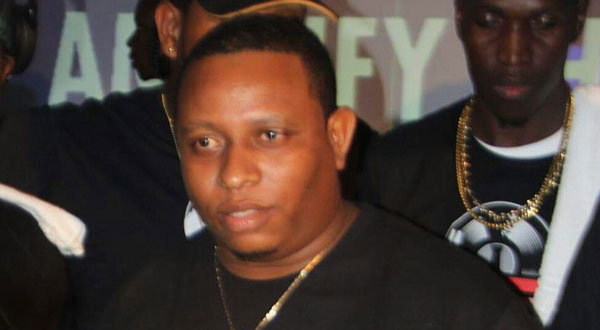 For the 13th annual Heineken Green Synergy competition there were a number of firsts, including a new venue for the final. The event was held for the first time on the Pigeon Point Causeway as a major beach activity.

Thousands turned out for the event last Sunday where the competition was held in two segments. The “Skills” segment tested DJs’ ability to mix different genres of music while using different tricks and techniques to wow the crowd with a ten minute set. The second segment was the “Clash” where DJs used snippets of songs to battle each other.

The “clash” competition was quite interactive among DJs, the MC and the audience and featured DJ Thuram, Twinz of Twinz, Twis, Deal, DJ Shad, DJ Erv, Mega B and last year’s winner Lil Yute.

Sunday’s Heineken Green Synergy final was hosted by MC Jordan and the energetic Heineken Ambassador from Trinidad, Patrick the Hype Man. The event also saw performances by past Green Synergy champions Selecta Twis and Mad X as well as Hollywood HP and DJ Scratchmaster. Former Green Synergy regional champion DJ Paulie from St. Maarten put on a world-class performance that had the audience and DJs in awe.

Aside from the amazing soundstage, the venue itself offered lots of attractions, including a foam pit, a separate enclosed club and the adorable Heineken ladies. Organizers also offered patrons Heineken paraphernalia, while Heineken was flowing on special throughout the day.

But the real meat of the matter for most Green Synergy fans was who would walk away with the EC$18,000 in cash and prizes in the skills segment and EC$8, 000 cash and prizes for clash.

And shortly before midnight the results were handed in. In the clash there was a tie (a first for the competition) between Lil Yute and newcomer DJ Deal. In the skills segment a new winner was crowned. In third place was Fusionist Atta, Ecstatic Entertainment in second place and Ti Boog is the new Heineken Green Synergy DJ Competition winner.

Mindy Chicot, Junior Brand Manager/Global Brands, in congratulating the winners also thanked all the DJs who participated as well as all the fans and supporters for their indulgence, keeping the event incident free and making this another great year for Heineken Green Synergy.