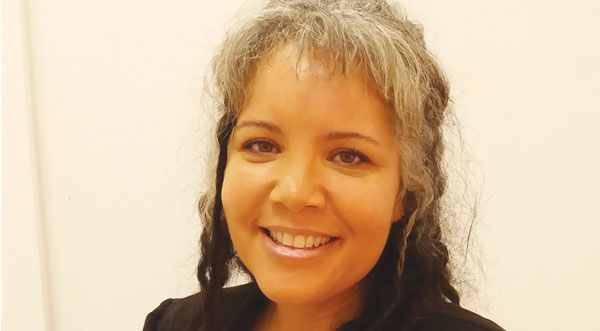 Q: Dear Regina, I was in line at the Supermarket and I overheard a lady ask referring to the article about 1300 persons with dementia in St. Lucia, if they were being injected with the illness. I was perplexed at the comment but I do understand that most people do think it is either normal aging or that it is mental illness. Would you explain the difference between mental illness and Alzheimer’s or dementia?

A: Alzheimer’s or any type of dementia is not a part of normal aging. It is a loss of brain function or brain failure.

Let me explain: It started with Dr Alois Alzheimer’s, a German psychiatrist who did an autopsy on a patient with unusual mental illness. What he found was abnormal protein deposits called neuritic plaques and tangled bundles of nerve fibres known as neurofibrillary tangles. This discovery changed to disease but diagnosing was done only by psychiatrists at the time and for many years. There is no definitive test to diagnose dementia in a living person. However in research facilities, a neurologist can now diagnose Alzheimer’s disease up to 90% accuracy.

Psychiatric illness or disorders and dementia affect the brain with similar symptoms. However psychiatric illness or disorders do not cause a person to die except by cases of suicide. The neurodegenerative type dementias ends in death of brain cells that interfere with functions of the brain which alter areas of the brain that control thinking, problem solving, personalities, memories, movement, our heart beat and our ability to breathe with an end result of death.

PET scans can show changes in the brain with psychiatric disorders and dementias but there is a marked neurological impairment that altered brain activity that cause cell death and shrinkage. Dementia is a debilitating disease.

Treatment for mental illness should not be the same for people living with dementia. There is a growing awareness to decrease the psychotropic drugs because it will do more harm than good.

There are multiple strategies proven to work better than pharmacological interventions in dementia cases. An example could be that there are reactions from people with dementia caused by their environment . Changing the environment may be the best treatment to calm the person. This approach is known as a positive approach to care and will take a mind-set change from the nurses, families and health providers who do the care.

Once a psychiatrist diagnoses dementia, the person is often referred to a neurologist who can give a confirmed accurate diagnosis. Psychosis such as schizophrenia, bi-polar, depression, OCD are illnesses and disorders but Alzheimer’s or other progressive degenerative conditions are diseases. So you are looking at illness vs,. disease. According to Reference, “disease” is an identifiable condition affecting an organ or organism while “illness” is the subjective negative experience that comes with ill health.

There is also danger in mixing treatment care for a frail elderly with dementia in the same surroundings of mentally ill adults. The treatment care is not the same.

With psychosis, you orient to reality, with dementia you get into their world. It is a completely different approach to care. I have worked with both groups and there is a time to get into the reality of a person experiencing a crisis in a psychotic state, that the only way to calm them without restraints is to get into their world. At a calm state for mental illness, rational can be understood, in a person with dementia the area of the brain that can make rational decisions is dead, whereas with mental illness at times that area in the brain is just ill and needs a rest. People living with dementia do not have the cells in the brain to give a rest. Mental illness and dementia are not the same and the treatments are not the same.

Send questions to angelsofthewest@outlook.com or text 4864509