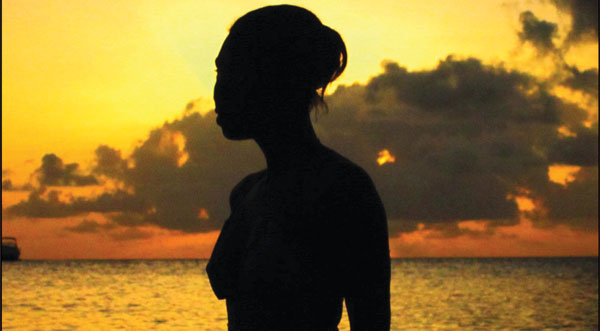 ‘Photography Is Love and Appreciation’

EVER since his boyhood days, Snard “CJ” Alexander was interested in preserving memories by taking photographs. While attending St. Mary’s College, he was a member of various groups, including Young Leaders, Junior Achievers and Peer Counselors. He found that photography was basically a way for him to record the activities in which he was involved.

Back then, it also occurred to CJ that the true value of a photograph lies in it being able to capture a moment that someone may or may not forget: that fleeting moment in time that can last forever. It felt like simply recording moments to him, he tells me.

While attending Sir Arthur Lewis Community College afterwards, CJ started taking photography a bit more seriously and began “actually seeing the beauty of everything around me.” He began practising more and more with his Canon PowerShot camera, changing the camera settings to produce various styles of photographs.

Through his involvement in arts groups such as YouthSPAC and Silver Shadow Dance Academy, CJ’s interest in capturing beauty through his camera lens piqued even more. But it was his association with Landmark Events that began in 2009 that proved to be the springboard from which his best work would come.

“I started working there designing costumes for carnival,” the 23-year-old Summersdale resident said. “So when I graduated from ‘Sir Arthur’ in 2010 and began working full-time with Landmark Events as an event assistant, that was when I started playing around with the camera even more by working with different lighting and settings. My excitement just continued to grow from there.”

As CJ tells it, there’s something beautiful and simple about photographing a moment: being able to capture everything such as actions and emotions in every frame that remain prized for a lifetime.

“Many times a photograph is unfornately underrated because some people cannot seem to appreciate that moment for what it is and that it is in itself historic,” CJ said, philosophically.

CJ said he tries to not limit himself to capturing only still shots but prefers to mix things up by photographing faces, portraits and events. But he harbours a keen interest for photographing abstract scenes. Nevertheless, he admits that his love for photography goes way beyond even the best scene.

“For me, photography is not a job or anything like that. It’s more like a love and appreciation I have for it. I think photography is a great way of sharing who you are and what you appreciate,” CJ explained.

CJ said he received one of the best pieces of advice from his mentor, Adrian Augier, of Landmark Events that has served to guide him along the path of staying true to his dream of breaking new ground in the field of photography.

“Adrian told me that when we’re placed on Earth, we’re given responsibilities. Ultimately, if there is one obligation that everyone shares or agrees with is that we are indeed our brother’s and sister’s keepers. It might be an unspoken agreement but we must live it out.” CJ explained.

CJ says he is willing to share his work with other people so as to bring them light and inspire them to do their art and bring out their best. He is currently working on setting up his own company and brand as part of his plans to ensure that every piece of art he creates makes people see something better in themselves. He also intends to teach the art of photography to especially novice photographers hoping to develop their craft.

“Over the course of my life, many people have taken the time to teach me skills that have made me a better person. They did so free of charge. So I never underestimate the power of teaching other people the skills I’ve learned,” CJ said.

While he still works at Landmark Events as a freelancer, CJ is available for weddings, bridal showers and other events using the logo Inspired Photography. Contact him via his Facebook page, CJ Alexander, or by calling 284 3926.