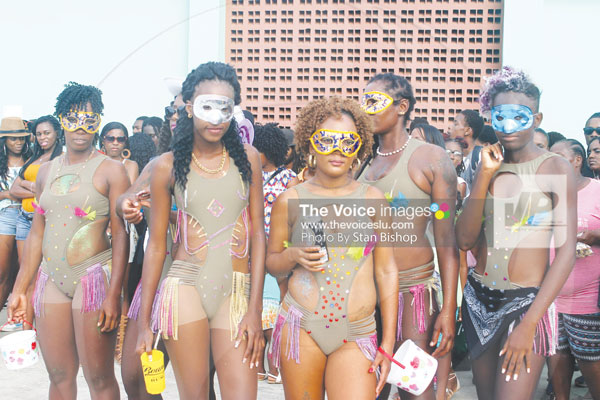 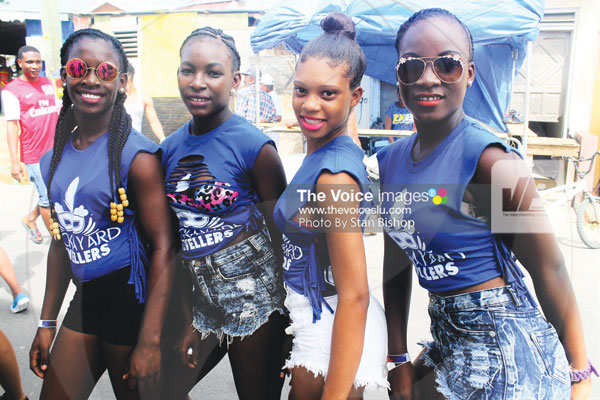 PHENOTIXX Carnival Band chipped their way into the Band of the Year title at this year’s Dennery Carnival held over the weekend.

The band beat out Back-A-Yard, PCD Onyx, Accent, Seria and Sapa Zafé’w to win the title that was won by Just Revellers Carnival Band last year. Placing second and third respectively were Accent and Back-A-Yard.

Phenotixx was also judged Most Creative Band and Most Colourful Band while Accent won the Mas on the Move Award.

There was also a kiddies’ band, Flamingo Revellers, which did not compete.

The two-day street jump-up got off to a late start on Saturday afternoon. Despite the advertised 1:00 p.m. start time, organizers were finally able to get the music trucks rolling and revellers going around 4:30 p.m.

However, the revellers made up for the late start by jumping right into the spirit of the season as they left High Street and headed toward the Dennery Multi-Purpose Court where they were judged.

For a community known for its huge crowd support at public meetings, the Dennery patrons did not disappoint. In fact, many of them joined the procession with some seemingly enjoying the moment more than the paying revellers.

The long carnival weekend in the east coast community began last Friday evening with the Soca Monarch which was won by Umpa.

Organizer, Asmara P. James said that while organizers are pleased that the event attracted an increased number of participating bands this year, they are hoping that more costumed bands participate next year. In fact, three of the six bands this year were tee shirt bands. She said plans are afoot to make costume-building workshops available to band leaders.

“There was great participation and we got great feedback from revellers,” James said. “So we are satisfied with the overall outcome of our event this year.”

The home-grown music, rich colours, high spirits and the inclusion of ole mas are just some of the ingredients that Dennery Carnival continues to showcase each year, proving that community carnival can – and does – rise to the occasion. 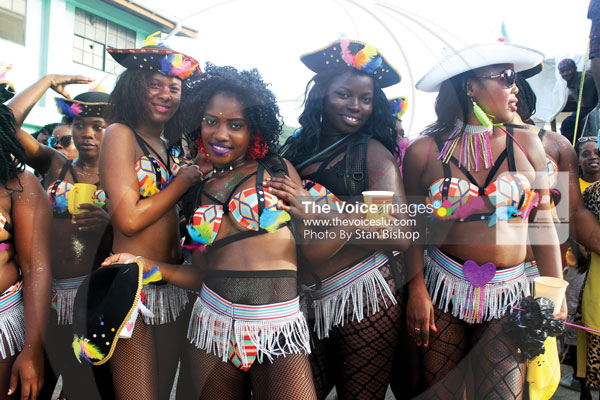 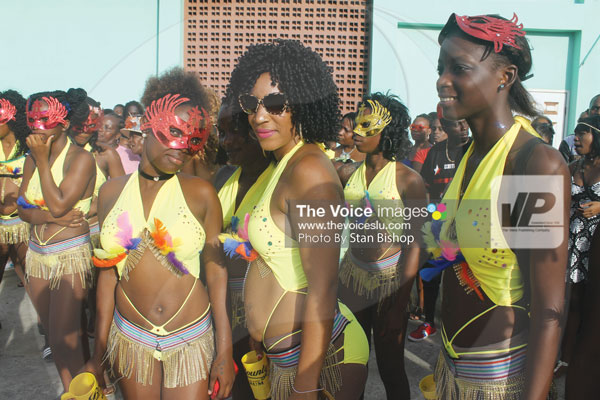