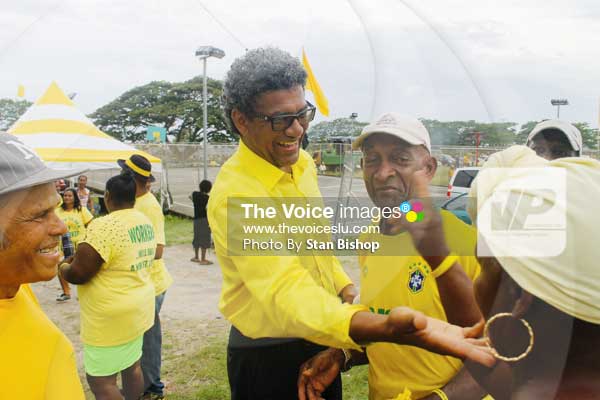 THE United Workers Party (UWP) announced last Sunday that the party has what it takes to improve the agricultural sector and deal with the myriad of issues affecting the youth, including high unemployment.

Former Minister for Agriculture, Ezechiel Joseph, said that despite severe drought conditions and a hurricane in 2010, banana exports to the United Kingdom stood at 21,700 tonnes that year.

He compared that with 2013 — which he deemed the SLP’s best year for bananas – in which 12,300 tonnes of bananas were exported.

Joseph, who is seeking a second non-consecutive term as the Member of Parliament for Babonneau, told supporters at the La Fargue, Choiseul launch of Choiseul/Saltibus candidate, Bradley Felix that banana production and exports continued to decline drastically since then, with 8,800 tonnes and 8,400 tonnes respectively in 2014 and 2015. He said that under a UWP government, banana production and export levels will improve significantly.

Under the “Five to revive agriculture” plan, he said a UWP government hopes to do the following:
• Rationalize lands to protect prime agricultural lands
• Revitalize the banana industry
• Explore the value-added aspect of bananas, such as in manufacturing products using bananas
• Introduce new technology to make agriculture more attractive to young farmers
• Establish a new marketing hub for farmers
• Provide support for farmers, especially soft loans through the Saint Lucia Development Bank (SLDB) 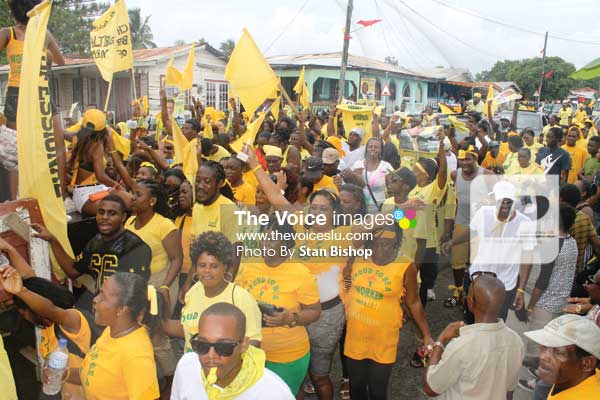 Sunday’s public meeting drew hundreds of supporters from across the island, resulting in traffic congestions and a late start to the scheduled 4 p.m. start. By the time proceedings began around 7 p.m., the fever pitch chants from supporters competed with the platform speeches.

Felix, who faces off SLP’s Lorne Theophilus, in the June 6 general elections, called on voters to throw their support behind him. He said choosing a district representative and a government is serious business.

“You need to judge people by their actions,” Felix said. “We have had a rep who, in his effort to get into office, made promises upon promises to single mothers, the sick and the elderly, the unemployed and first-time voters who had dreams, only to have the hopes broken. You must never bring up people’s hopes for selfish, personal agendas.”

Felix, a banker by profession, said his life has been about dedicated service to people. He said the last representative, Lorne Theophilus, did not champion the constituency’s causes as he should have, resulting in many constituents feeling disenchanted.

Should he be elected to the House of Assembly, Felix promised to ensure that viable and sustainable development comes to Choiseul, including initiatives that tap into the constituency’s lush heritage tourism landscape. 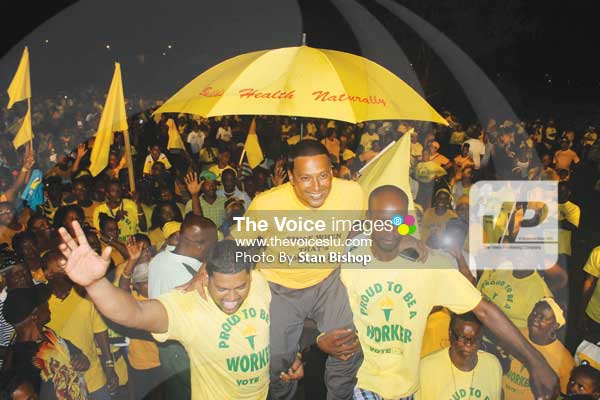 “Under the leadership of Allen Chastanet, the south of Saint Lucia will be taken care of once and for all,” Felix told the massive crowd of cheering supporters. “I know we are going to see lots of development in the south of Saint Lucia because for too long we have just been used as stepping stones for people to get into positions. Our time is now!”

Meanwhile, UWP Political Leader, Allen Chastanet, outlined five initiatives that his party believes will give young people a better share at shaping their future and improving their lives. Dubbed the “Five to thrive” plan, a UWP government aims to do the following for the youth:
• Establish a separate division at the SLDB and create a $10 million loan facility for young people to purchase a home, go to university or start their business
• Fund an annual youth forum from which youth representatives and their counterparts will identify priorities and seek funding for programmes
• Establish a youth coordination agency to bring together various youth and sports councils and other public and private sector agencies, NGOs and international donors
• Establish a national youth employment agency comprising a database of youth and their respective skills
• Work with the Ministry of Education to help secondary schools tailor their curricula in the areas where there are the best jobs prospects 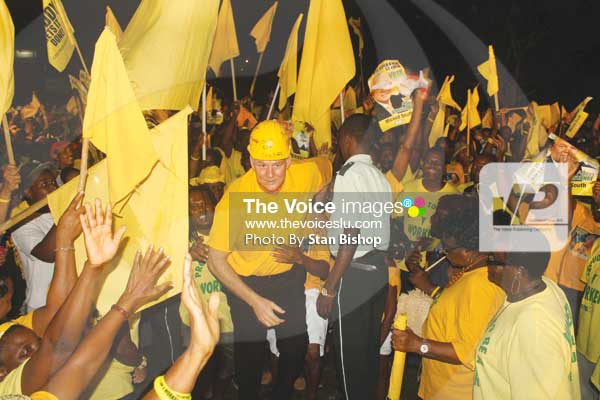 Chastanet encouraged young people especially to go out and vote on June 6, adding that the UWP aims to reduce unemployment by 5% each year should the party be elected into office after next week’s polls.

“We are a team that can and will do the job ahead of us,” Chastanet said. “Join us in this time. The journey starts on June 6.”