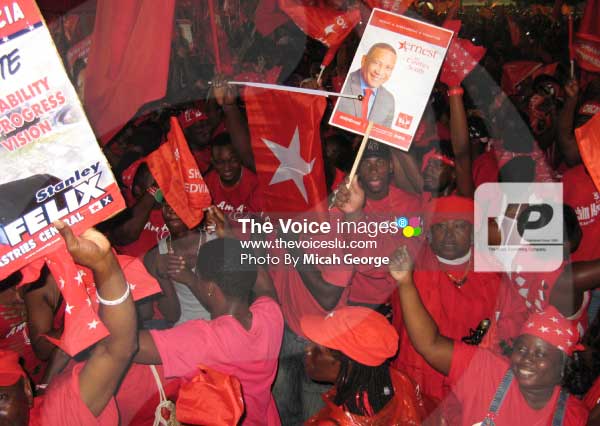 THE new Labour Party candidate for Castries South, Dr. Ernest Hilaire received a clear and unequivocal endorsement at his Cul-de-Sac launch Sunday night from the man he replaced.

Dr. Robert Lewis who stepped down from elective politics after 10 years as the parliamentary representative of the area, called on Castries South residents to treat Hilaire as they treated him and give him the largest margin of victory a candidate of that area ever received.

“I have served the people of Castries South and I am very proud of how they have treated me. I say thank you to them. As I bow out of elective politics I know that I will walk the streets of Castries South with Ernest. I will be just one step behind him because Ernest is the man,” Lewis said.

But for Hilaire, the journey to be the constituency representative in parliament was just beginning.

“Our journey has started, are you ready…” he asked of the cheering crowd of supporters at his launch.

Hilaire who was born in the community in November, 1967 spoke of his childhood days in the constituency, his reasons for becoming a youth leader, serving in the fledging youth movement in the early eighties which culminated in the formation of the National Youth Council, and the positive influence the movement has had on him that has made his family proud.

He explained how he adopted education as a belief cause that has served him well in his life and called on the youth of Castries South to do the same as it could be the vehicle through which they could live their dreams. 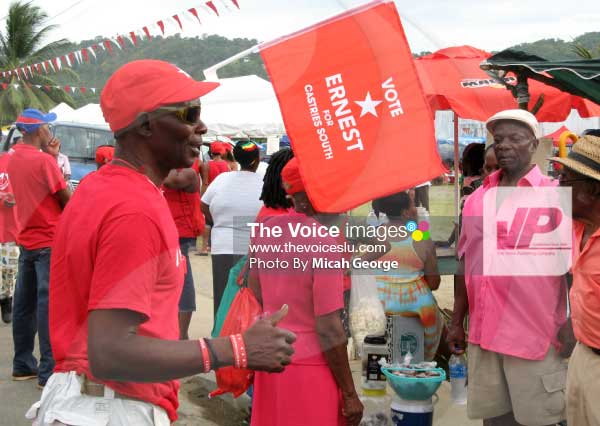 “You too can trade in the block of Castries South for a more elevated block of your choice,” he told them.

A trade unionist and political activist while still in his teens, Hilaire said he learned the sanctity of the struggle of the working class movement while observing trade union leaders like Tyrone Maynard, David Demacque and Lawrence Poyotte.

“As your representative I will be a relentless voice to ensure that the struggle against poverty and affordable health care, quality education are successfully fought for. But as the voice of Castries South I will also, without compromise represent, the specific needs of Castries South,” Hilaire said.

The parliamentary hopeful said that he is now shaping the specific needs of the community based on questions asked of the community’s demographic, something he did by listening.

“Throughout this campaign I have been listening and learning. I’ve been asking people of all perspectives of the things that matter to them. The needs are continuing to elude them, the type of community that they would like to see in Castries South. I have asked online, in homes, on the block and on the streets from the hundreds of responses I have received we are now shaping the vision and the plan for Castries South,” Hilaire said.

He then listed some of the projects he said the people of Castries South would like to see that would make it an ideal constituency. These projects, he said, would be achieved in years to come and not necessarily in five years. 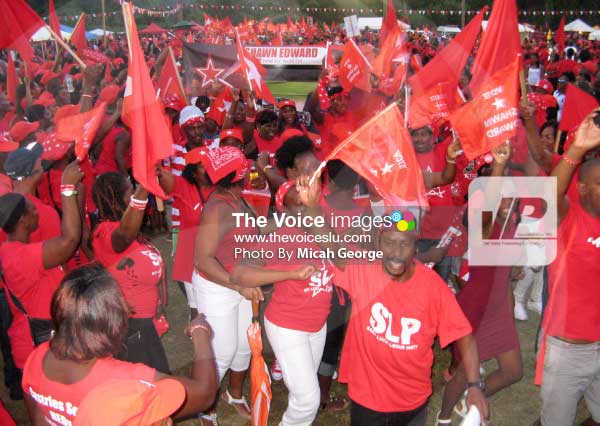 Some of Hilaire’s projects for Castries South include construction of a multi-purpose court and a children’s playground in Faux a Chaud, construction of a proper playing field in Ciceron, which is reflective of the population of that community and the talent pool that exists there.